The installation “Light High – On the verge of perception” was realized as one of three final concepts for the International Lightart Award 2019 at Center for International Lightart in Unna. It was awarded with the International Light Art on the 7th of June 2019. “357 concepts from 61 countries were submitted in an open call, from which an international jury of specialists selected the three finalists. On the day before the award ceremony, Leevi Haapala, director of the Kiasma Helsinki (FIN); Barbara Könches, managing director of the ZERO Foundation (D); Alice Hinrichs, curator (D); performance artist Maria Hassabi (CYP) and art historian Wolfgang Ullrich (D) will meet once again to select the prize winner. Every two years the innogy Stiftung für Energie und Gesellschaft together with the Center for International Light Art Unna presents this 10,000 euro award which is dedicated to cultivating the genre of light art. Following the ceremony on June 7, 2019 these three site-specific installations are on view in a joint exhibition through November 10, 2019.”(Ilaa.eu) 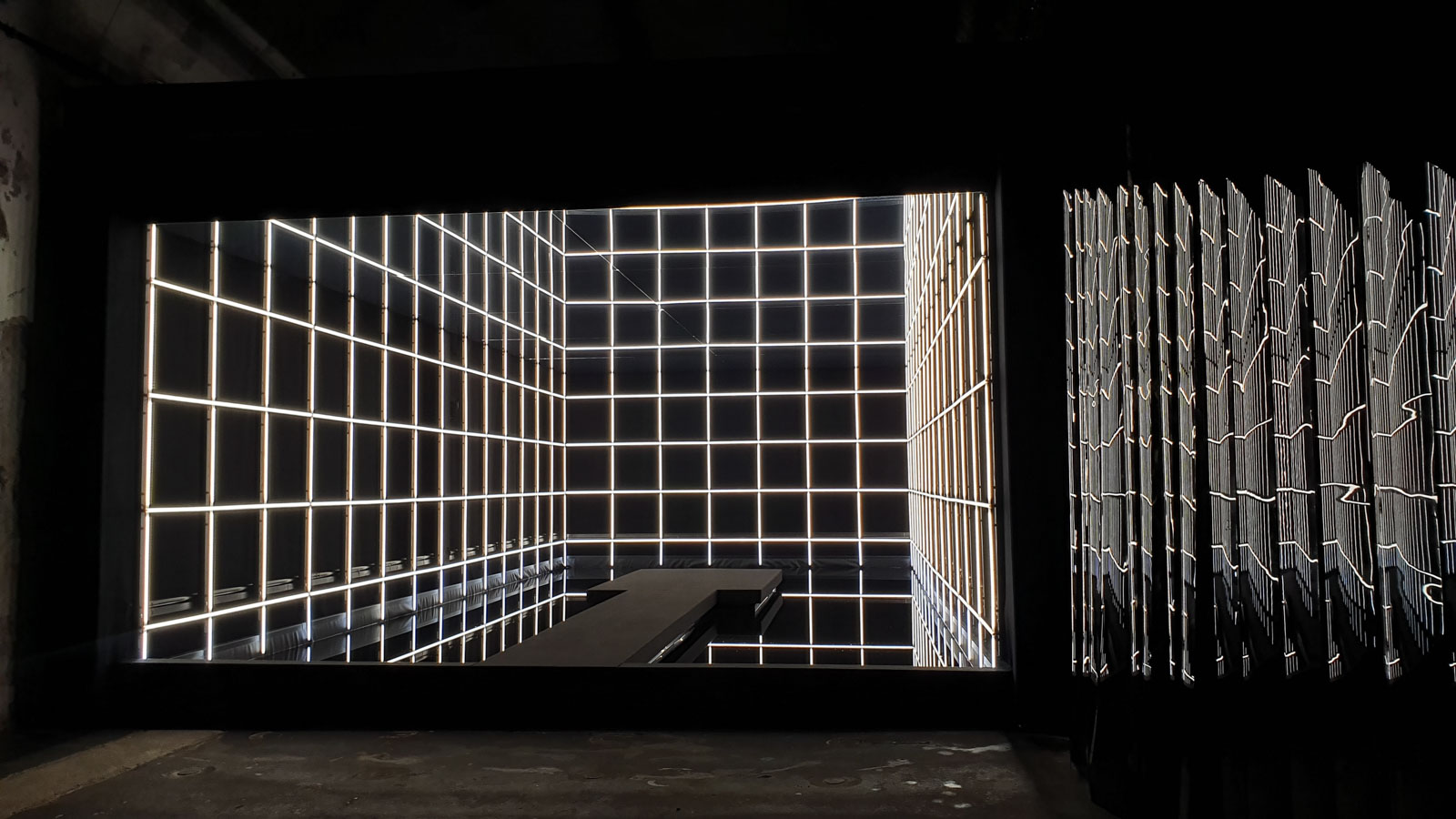 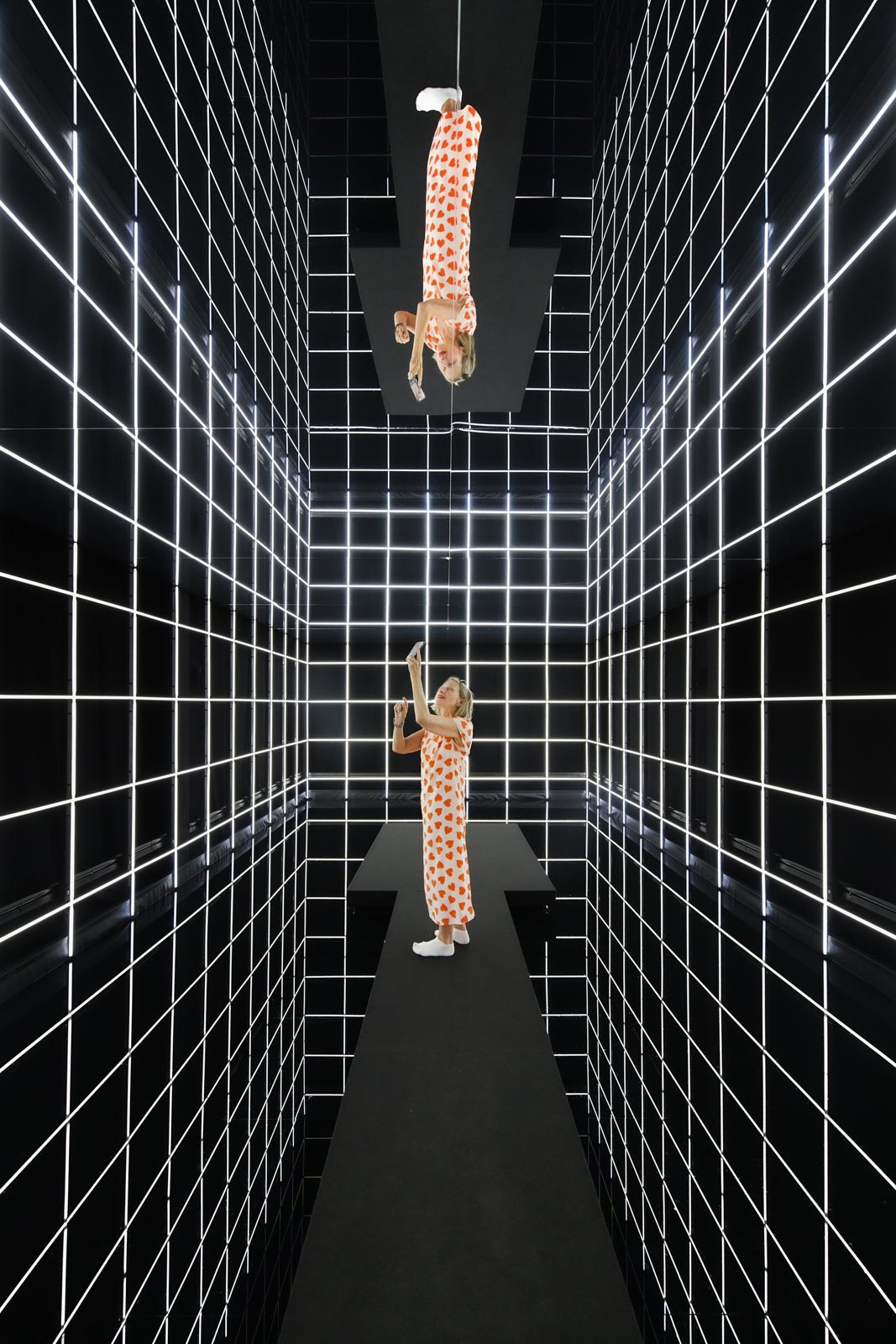 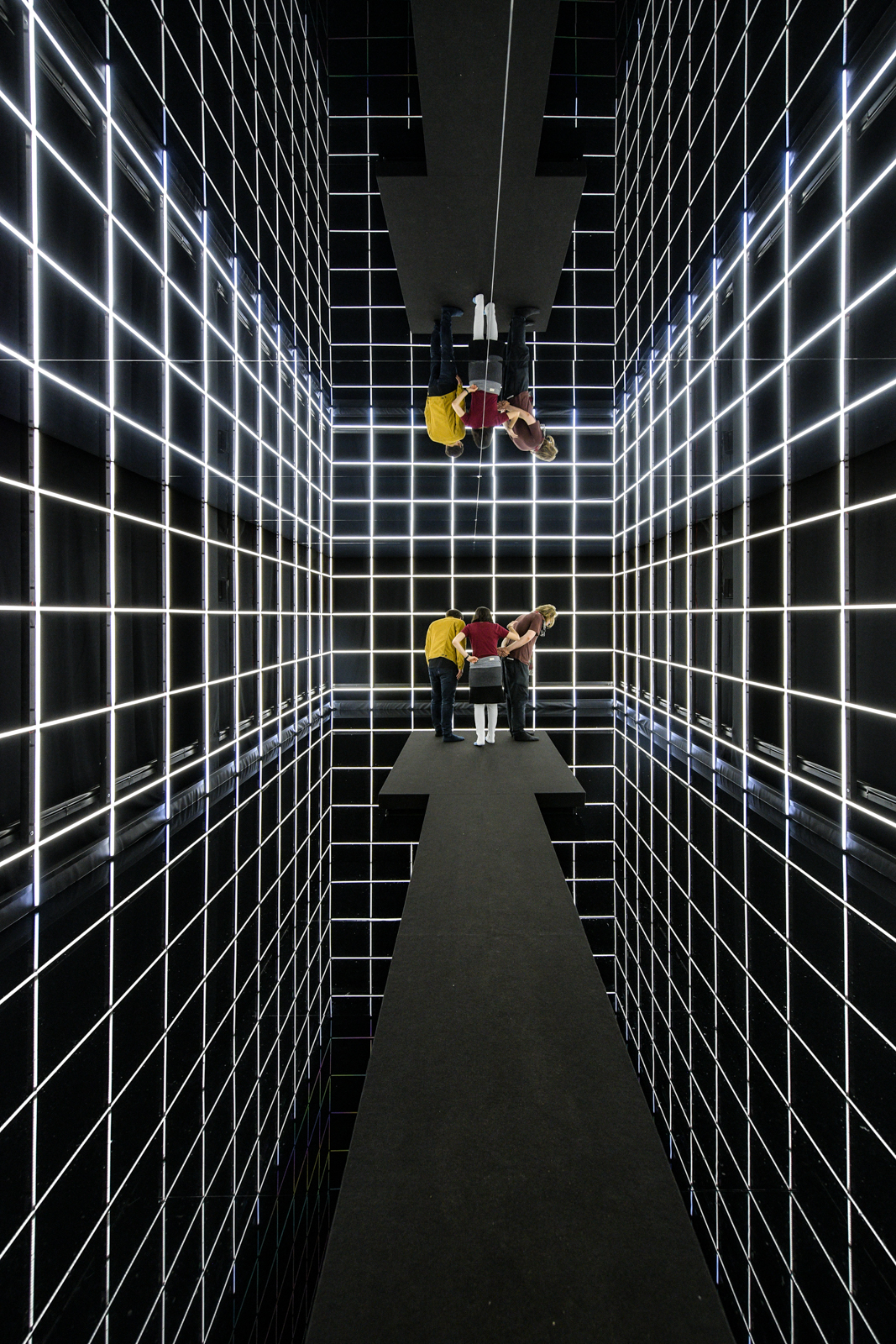 Light, space are in an inseparable but invisible connection (theory of relativity). They presuppose a seemingly stable framework of orientation in everyday life, in which there is no reason to question the relationships between subject and object, cause and effect, beginning and end. At the same time, they offer levels of experience in which these distinctions dissolve into border areas, in which you can no longer cling to the accustomed conditions. The installation wants to open such ambivalent levels of perception and explores how spatialacoustic installations can influence states of consciousness.

The installation LIGHT HIGH is aimed at guiding the perception through targeted acoustic and visual phenomena into border areas in which ambivalent experiences set in and the habitual experience of space is abolished. The starting point was the idea of a space that creates the feeling of endless falling. A mirrored ceiling together with a thin reflecting surface of water on the ground and a gridarrangement of lights are creating the spatial illusion of an infinite vertical space of light and
darkness. By traversing a small bridge, the visitor can cautiously discover the immersing endlessness beneath his/her feats and above his/her head. The extent of the infinite vertical space changes through the individual viewpoint so it can be fathomed by the viewer’s movement in the freely accessible installation.

To enhance the illusion of infinity, the visual flow of the installation is complemented by the
acoustic dimension of the Shepard sound.

The Shepard scale is an acoustic illusion of a seemingly infinite rising or falling scale. This effect is created by at least eight simultaneous sine tones, each passing through the frequency curve of one octave from bottom to top (or vice versa). For each tone that approaches the limit of the frequency range and is slowly faded out, another is displayed at the other end, which now again describes the same frequency response. Depending on the direction of the frequency shift, the listener experiences the feeling of a continuously increasing or decreasing tone whose movement never comes to an end.
To be able to perceive the slowly but steadily changing visual and acoustic elements of the installation, a certain amount of time is required. This has to do not only with the duration of the passage of the movement but also with the unknown effects of the installation on the subjective sense of time and space, which are only really experienced when one gets involved with the situation for a while.

In addition to the perception of an extraordinary experience, the installation explores the question of how far a spatial-acoustic installation can influence states of consciousness and how contingency (Luhmann) and slight forms an of trance can be experienced. It involves a similar ambivalence in its own positioning as the boundaries of perception to which it refers. On the one hand, it analyzes analytically objective phenomena and makes them subjectively comprehensible; on the other hand, it also creates insecurity of perception and slightly touches unreal areas of experience such as “magic,” dream and intoxication. 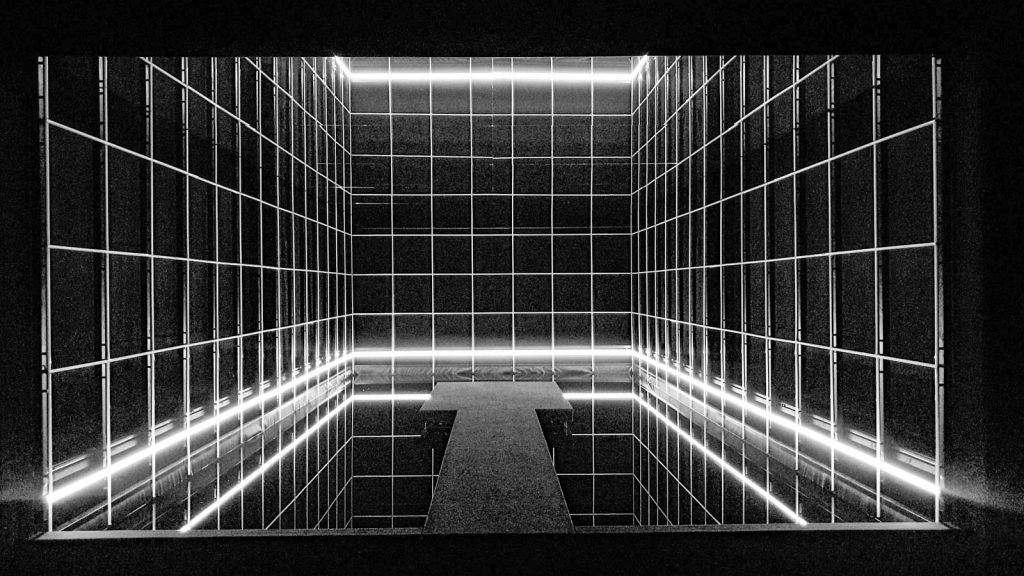 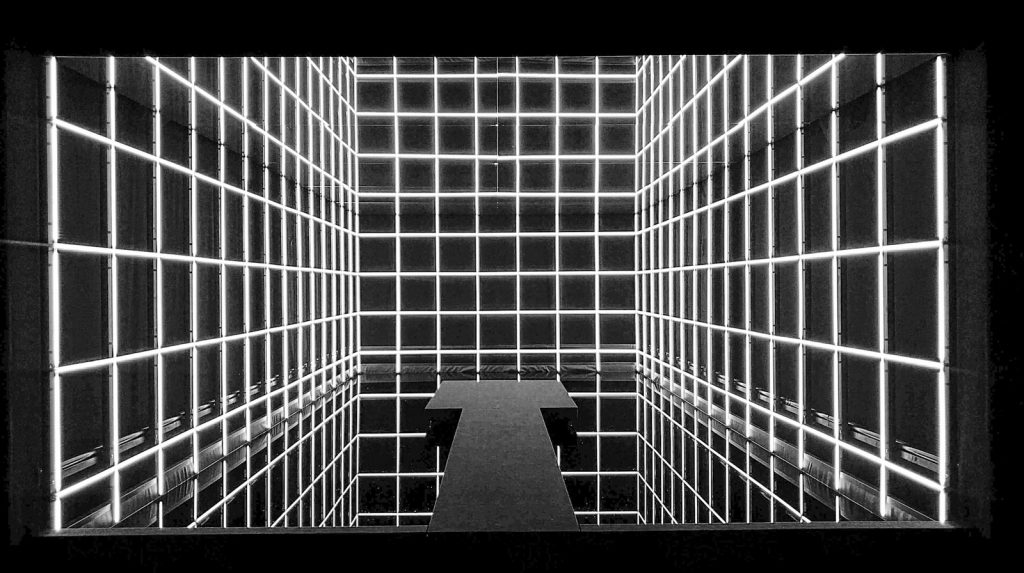 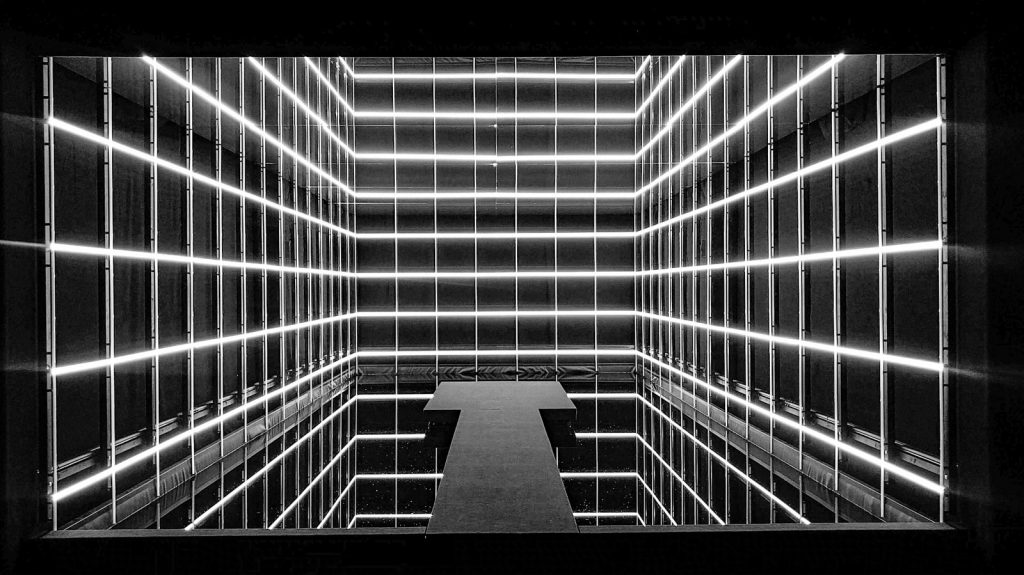 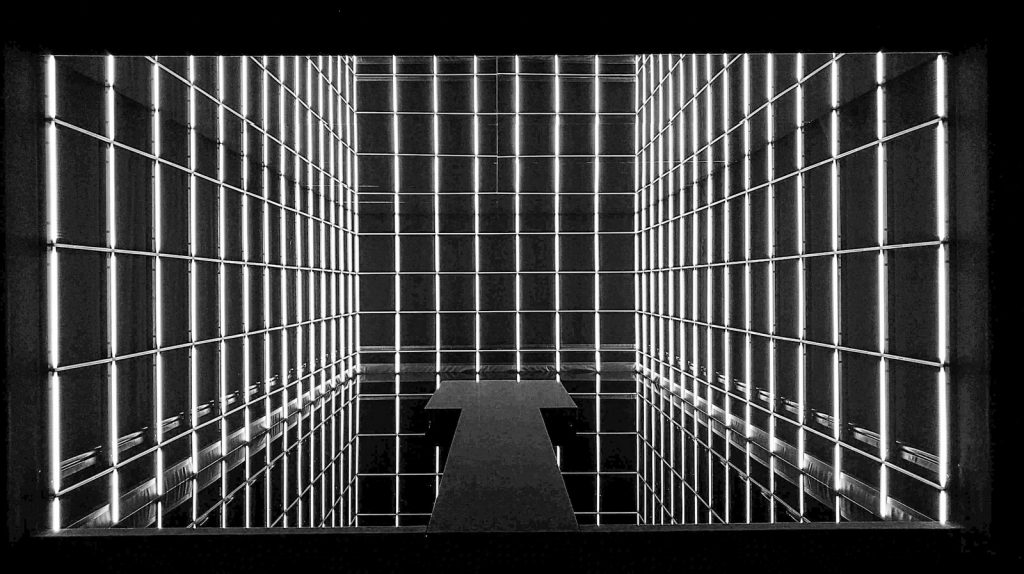 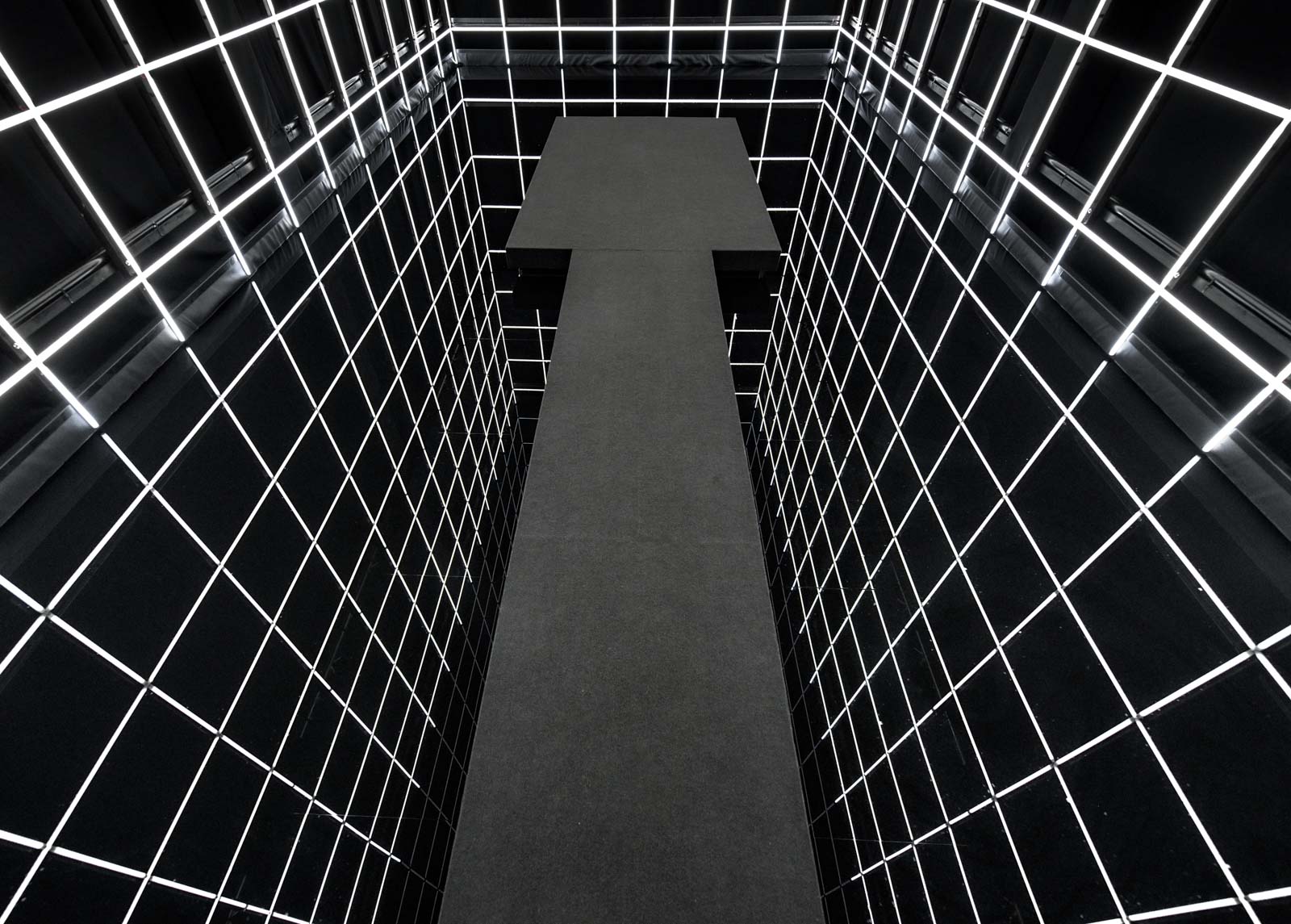 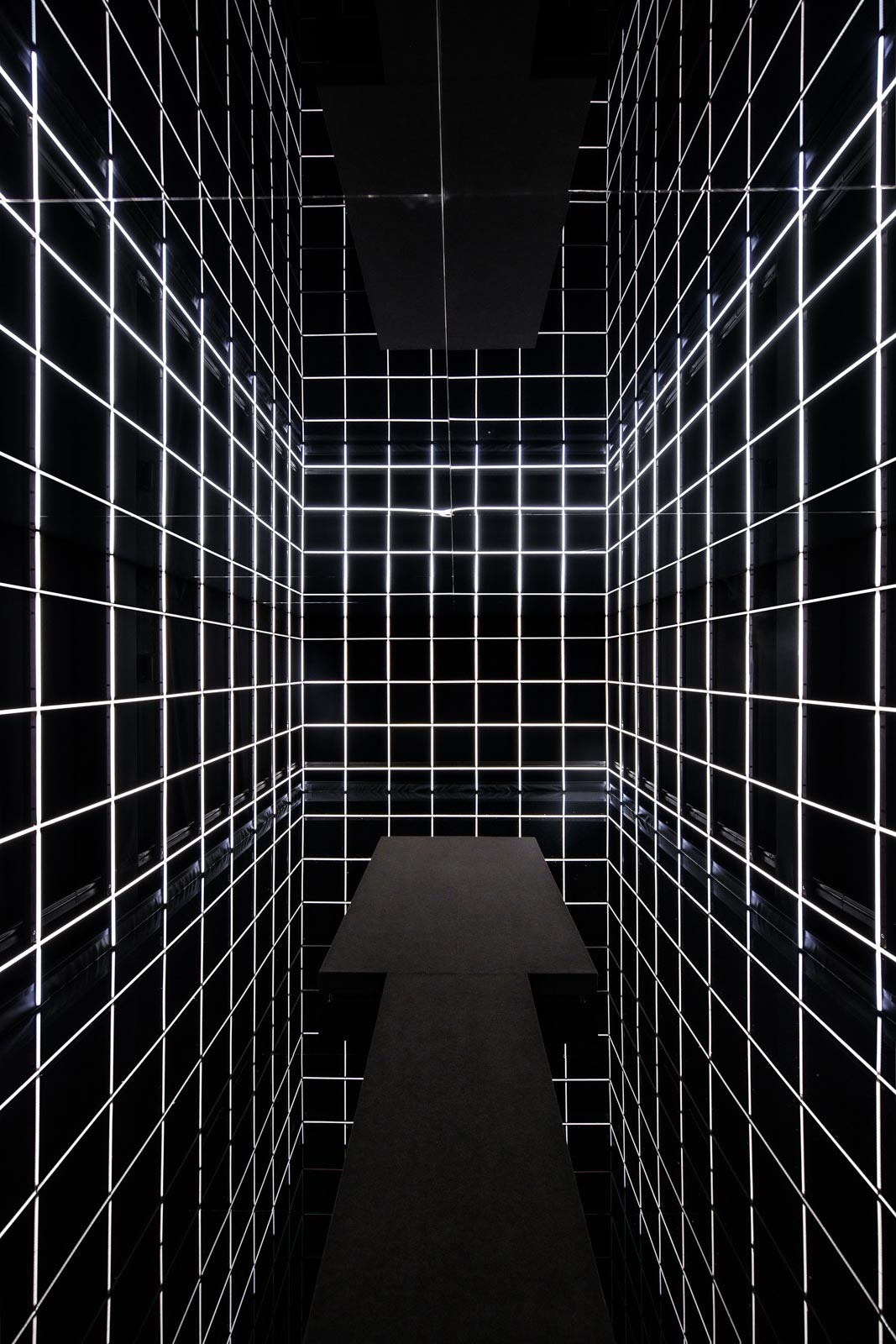 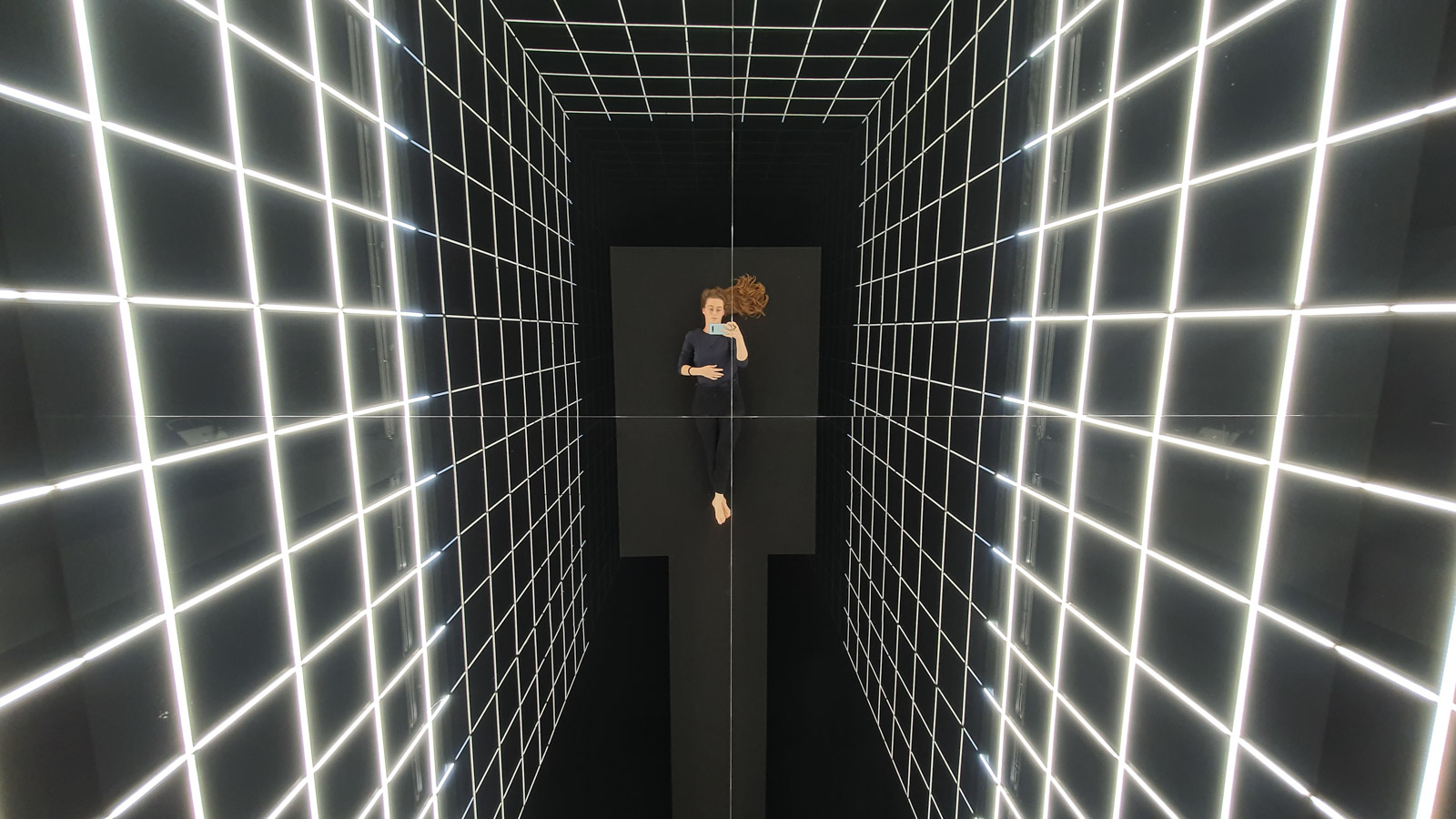 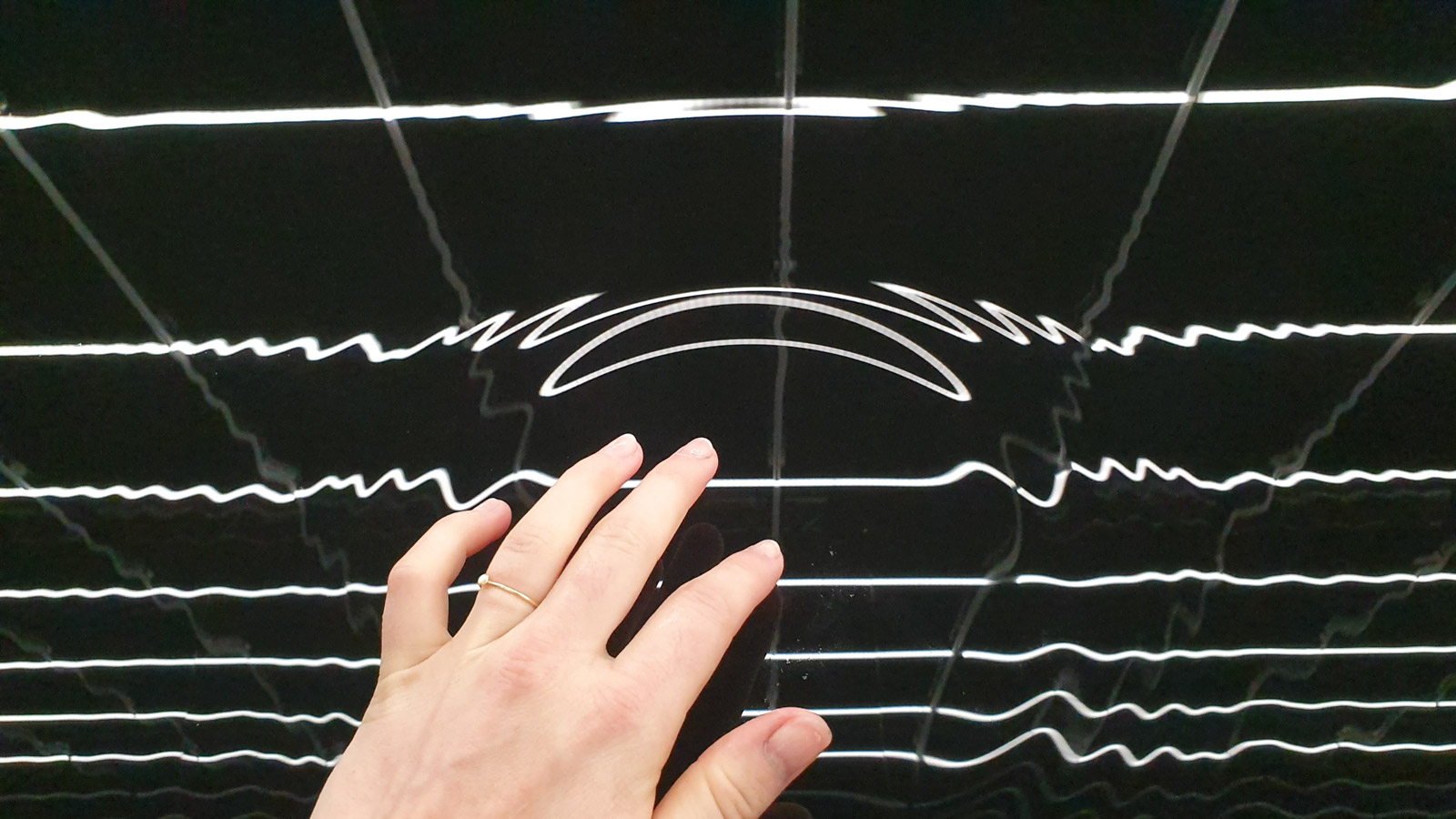 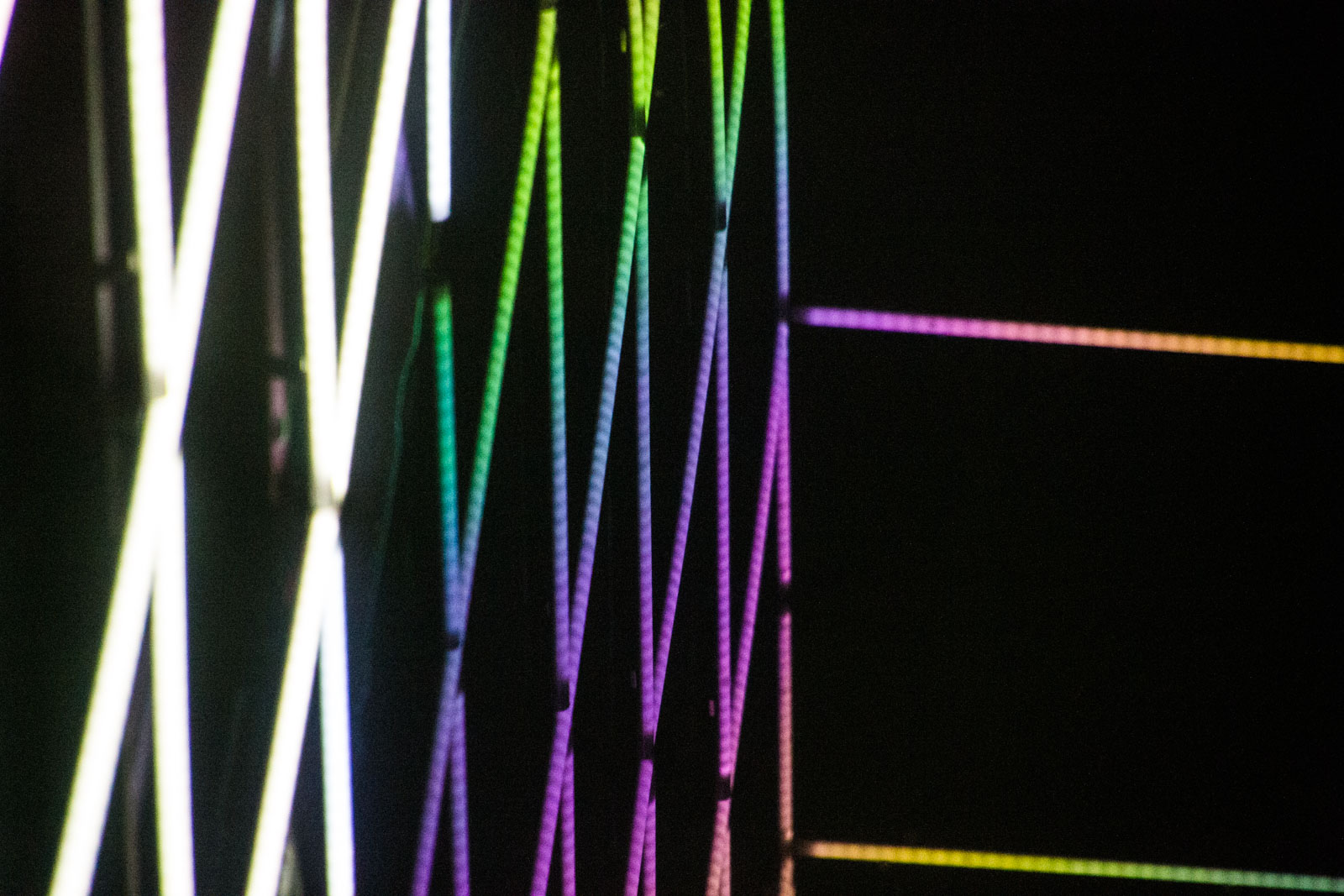 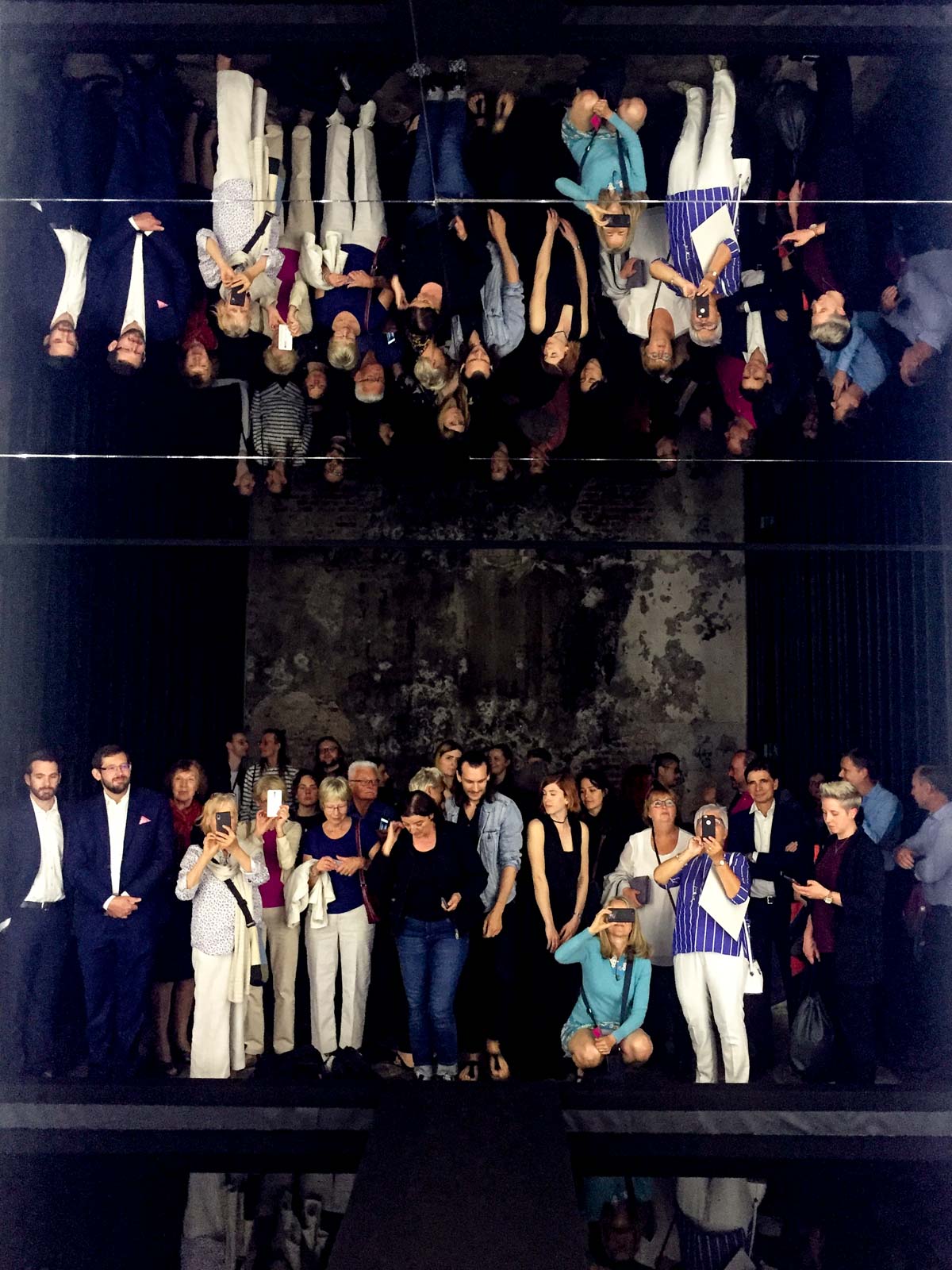 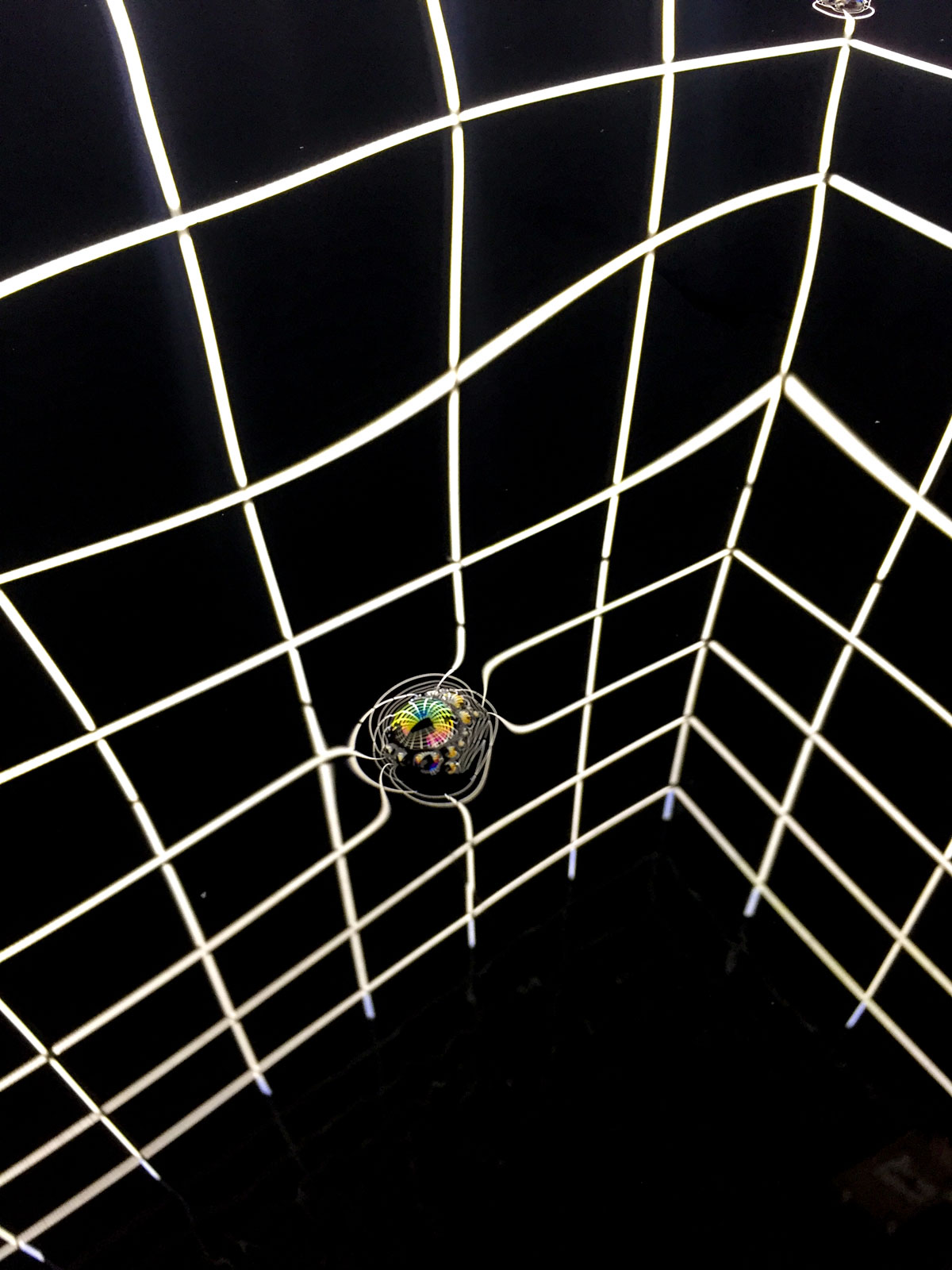 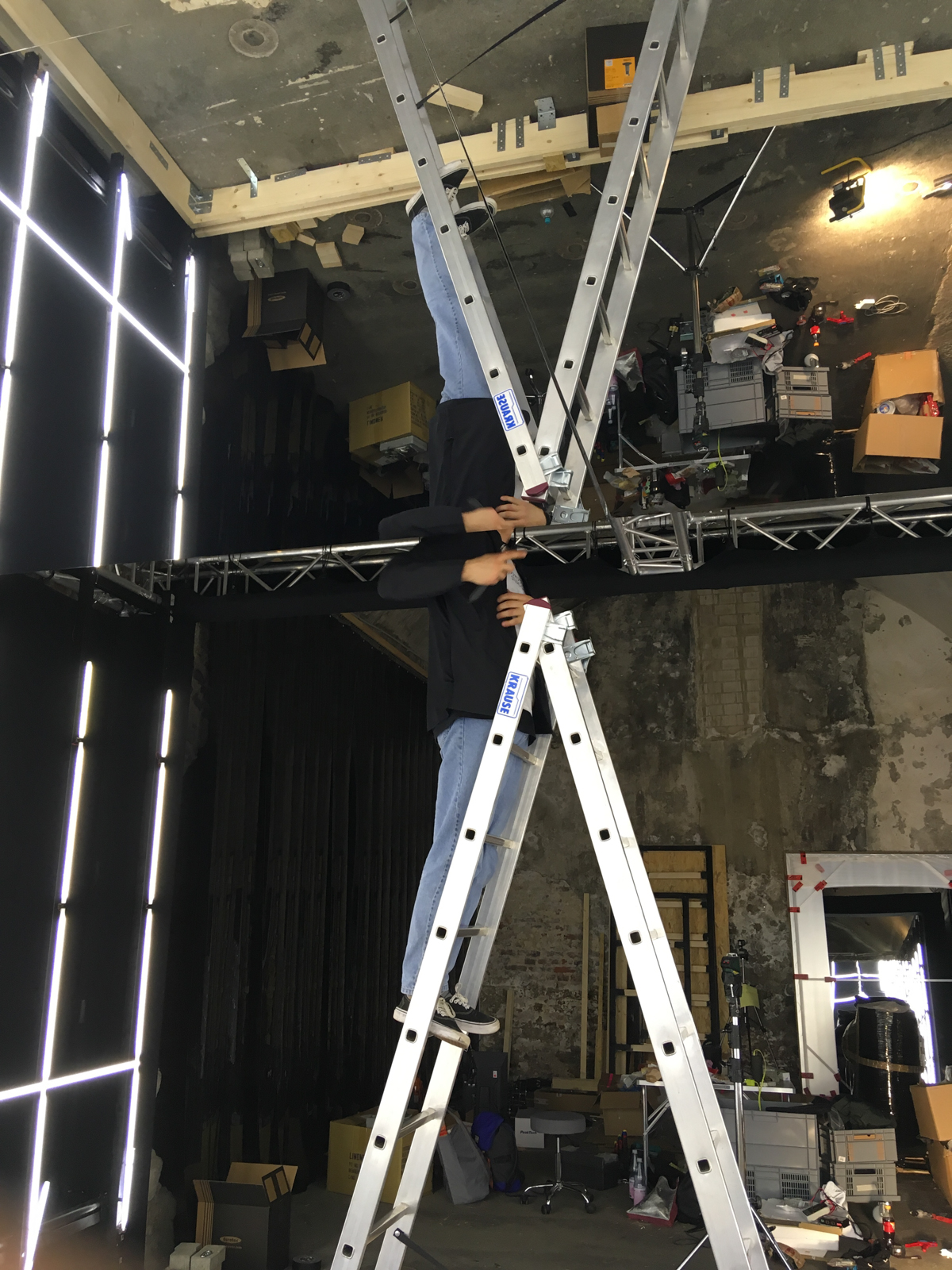 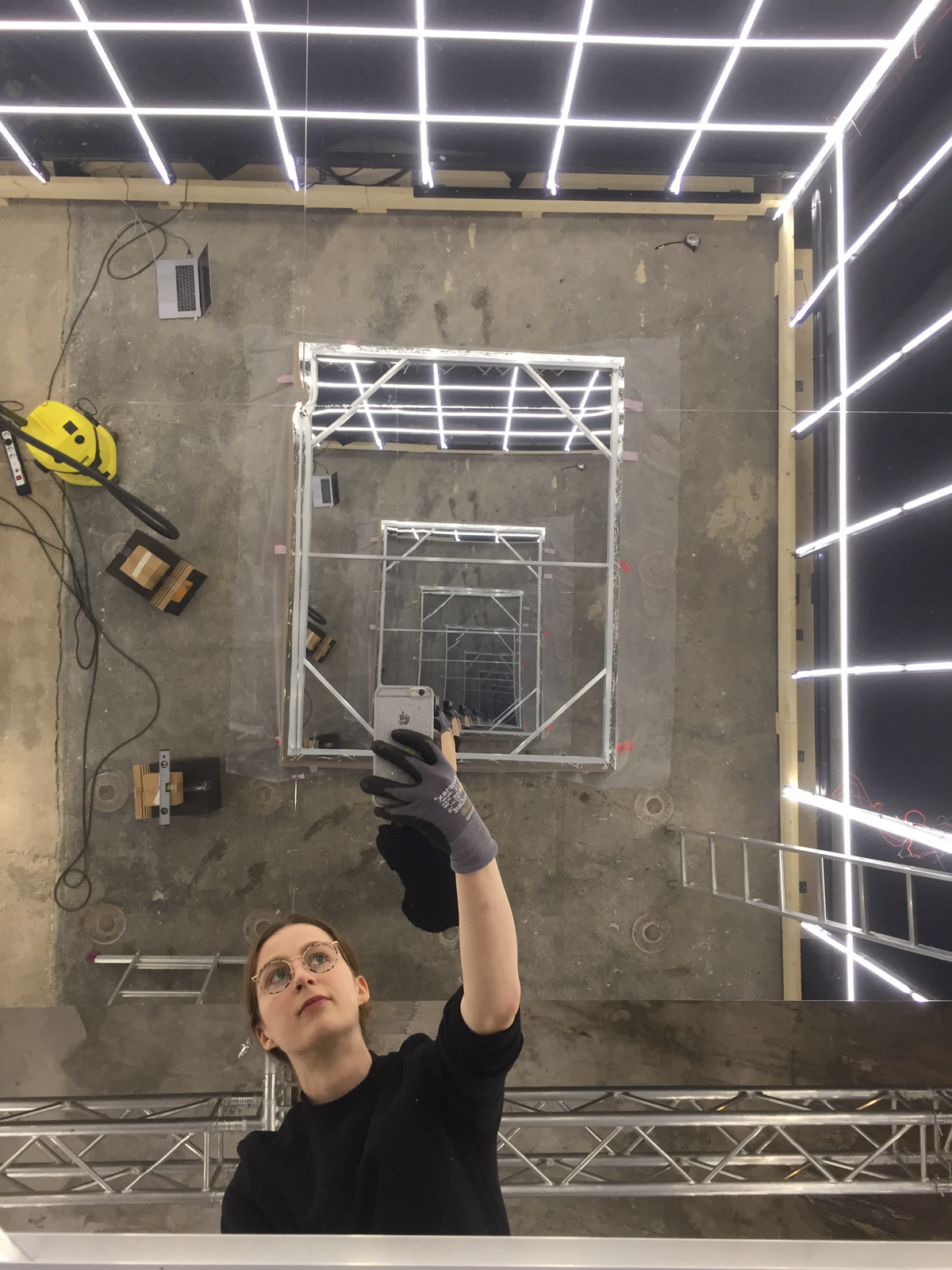 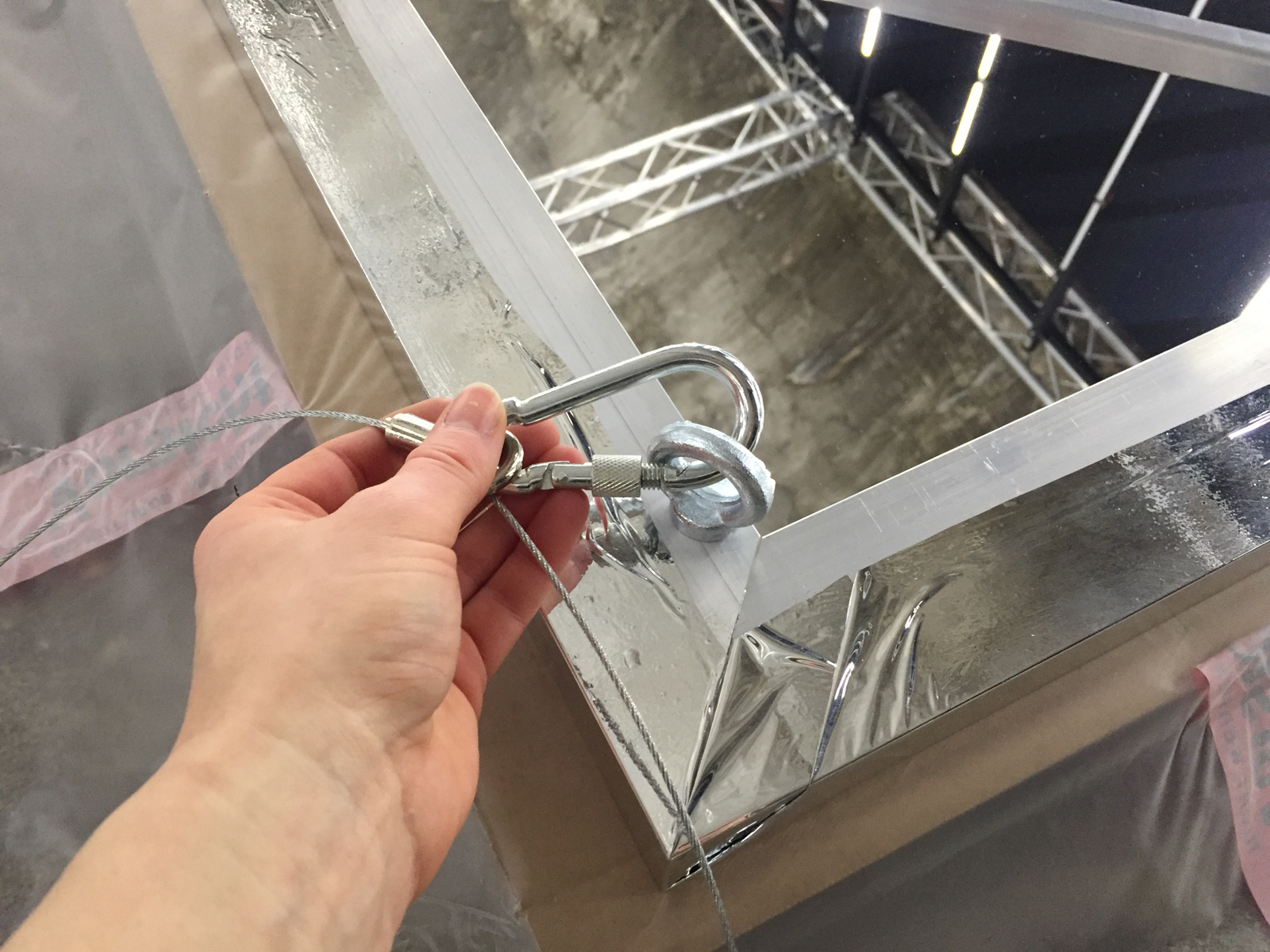 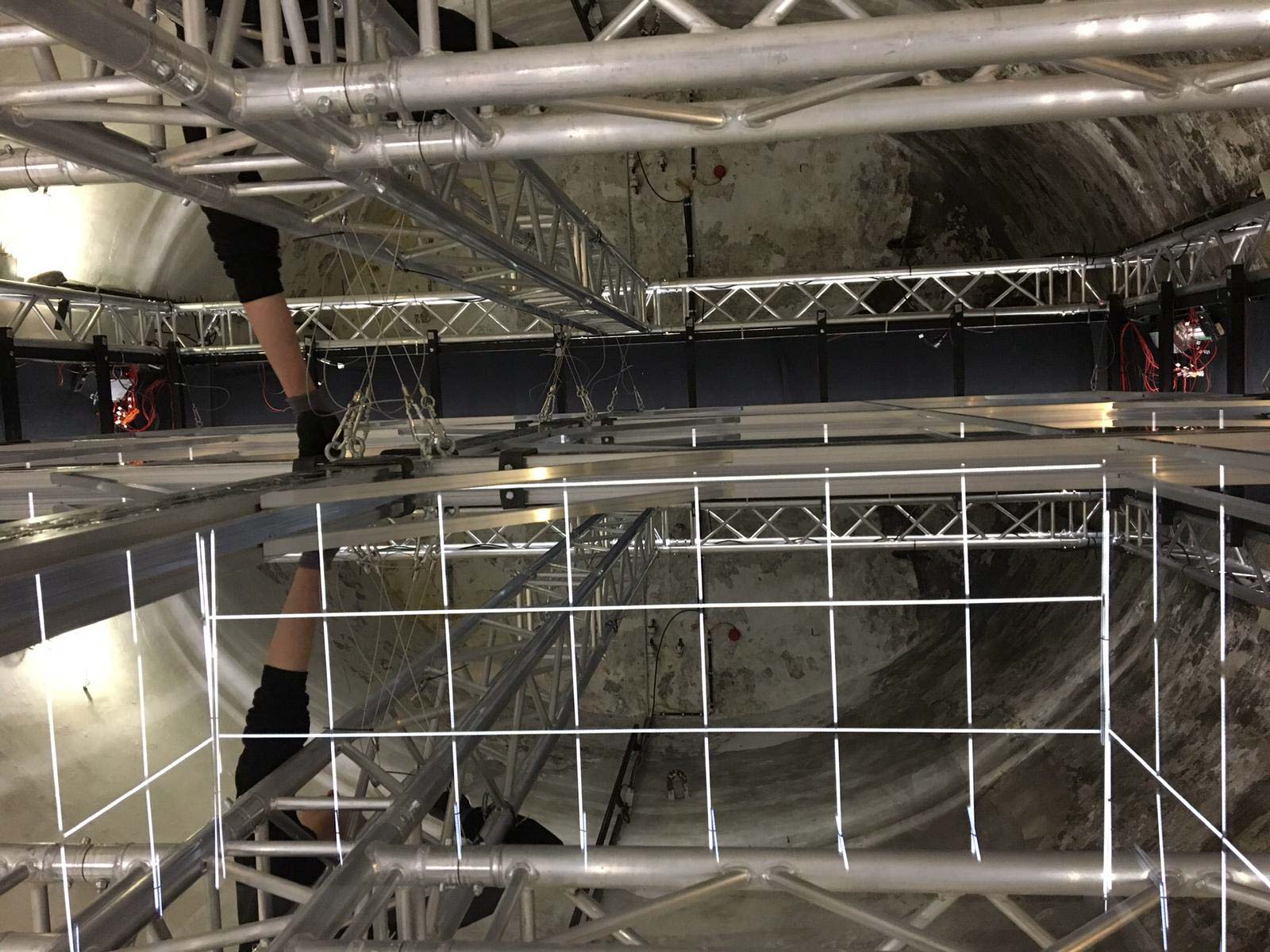 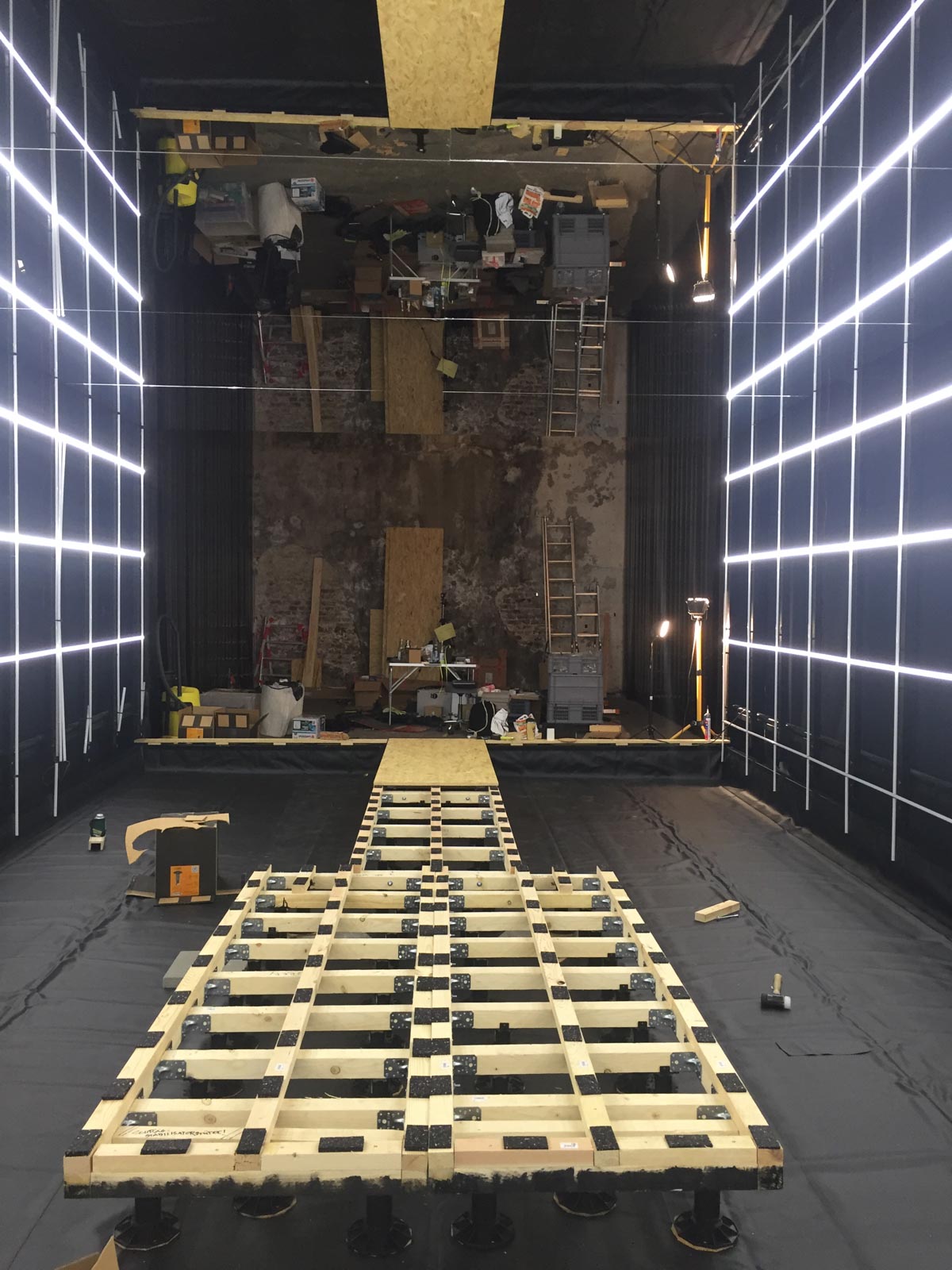