In September 2018 my installation Inflect had been shown at NightLightFestival Cologne. Two parallel spy mirrors with a circle of light in the middle create the spatial illusion of an infinite light tunnel. Invisible motors are slowly moving one of the two spy mirrors so that the visitor can barely perceive it. This creates the illusion that the mirrored points of light are in an eternal counter-movement and the space is slowly bending. The spatial extent of the circle of light changes through the individual viewpoint so it can be fathomed by the viewer’s movement in the freely accessible installation. 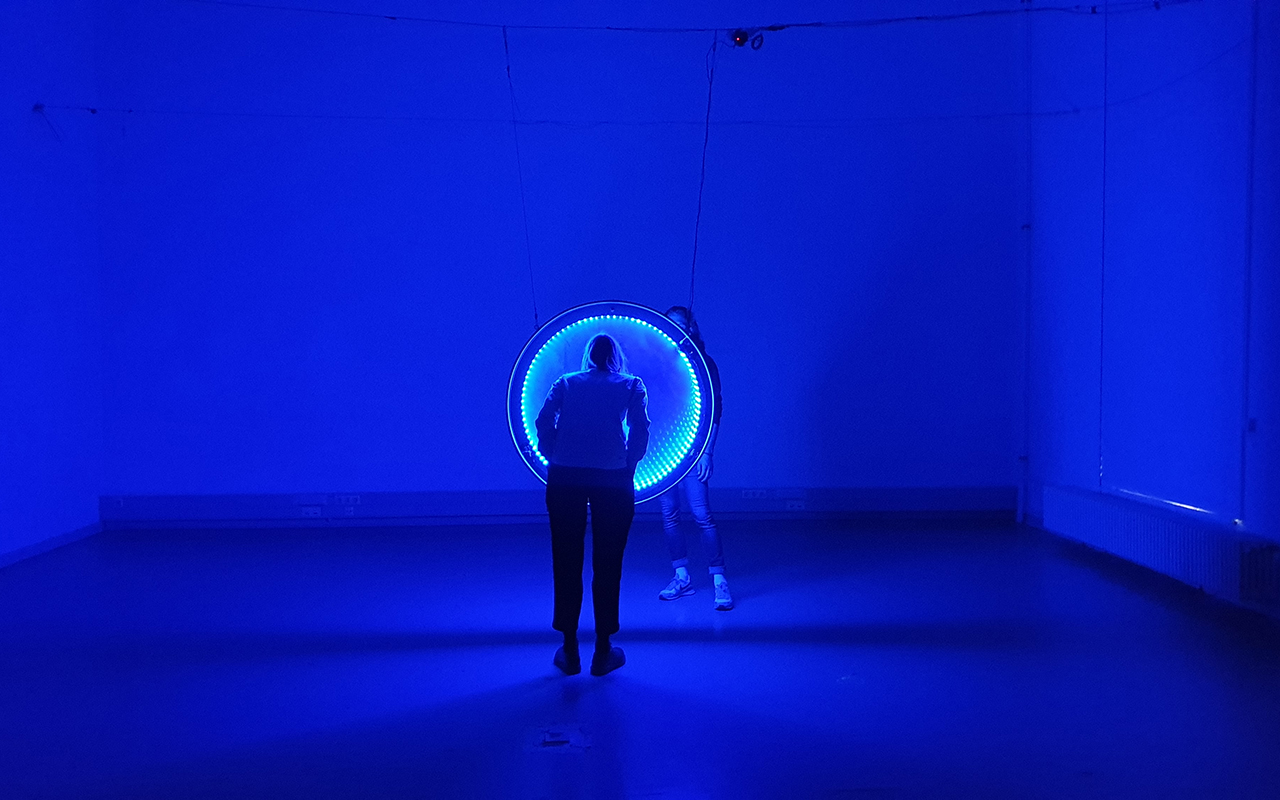 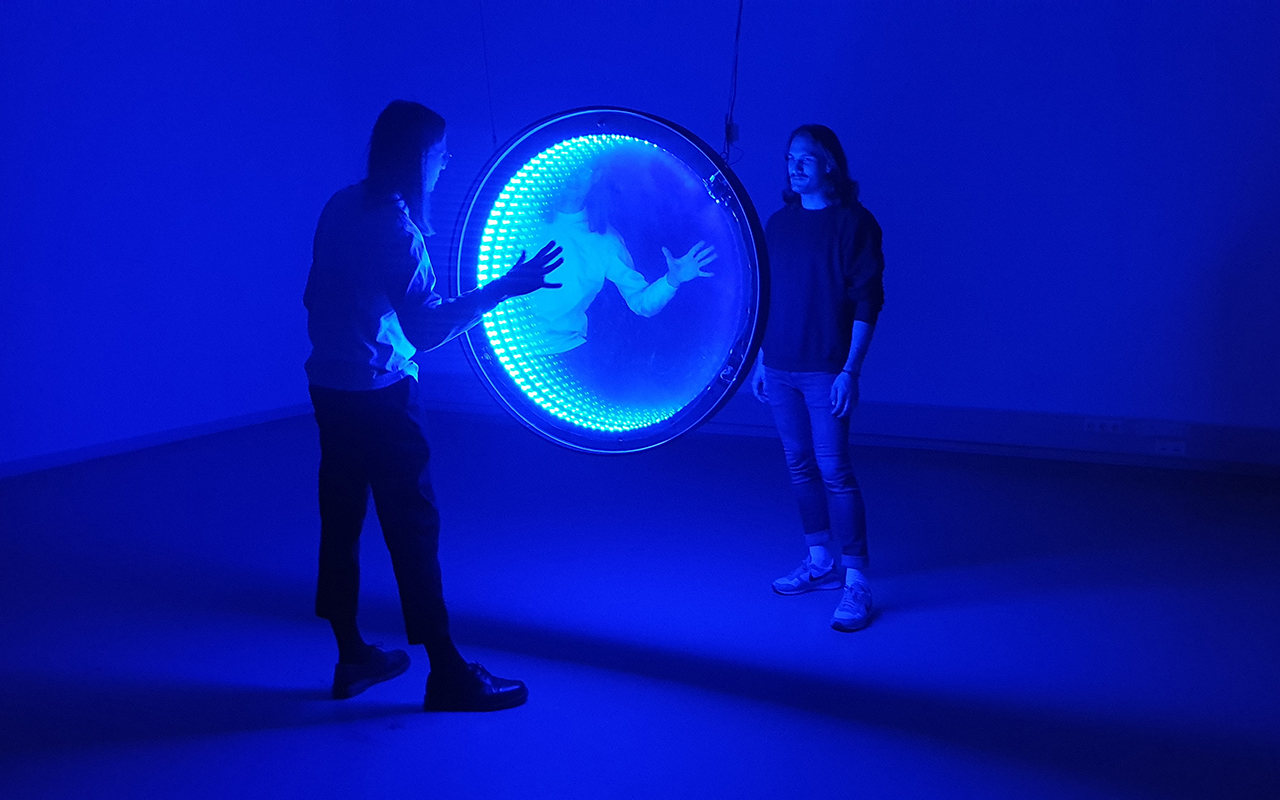 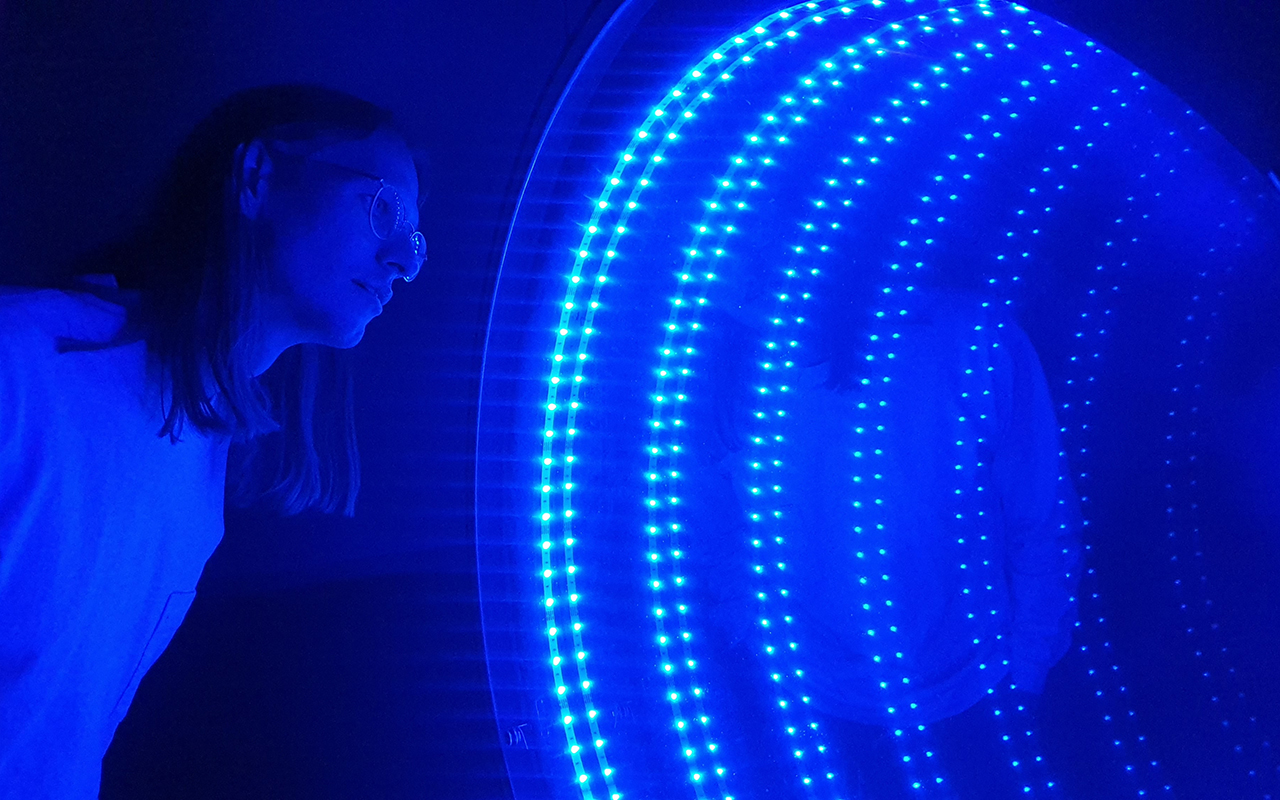 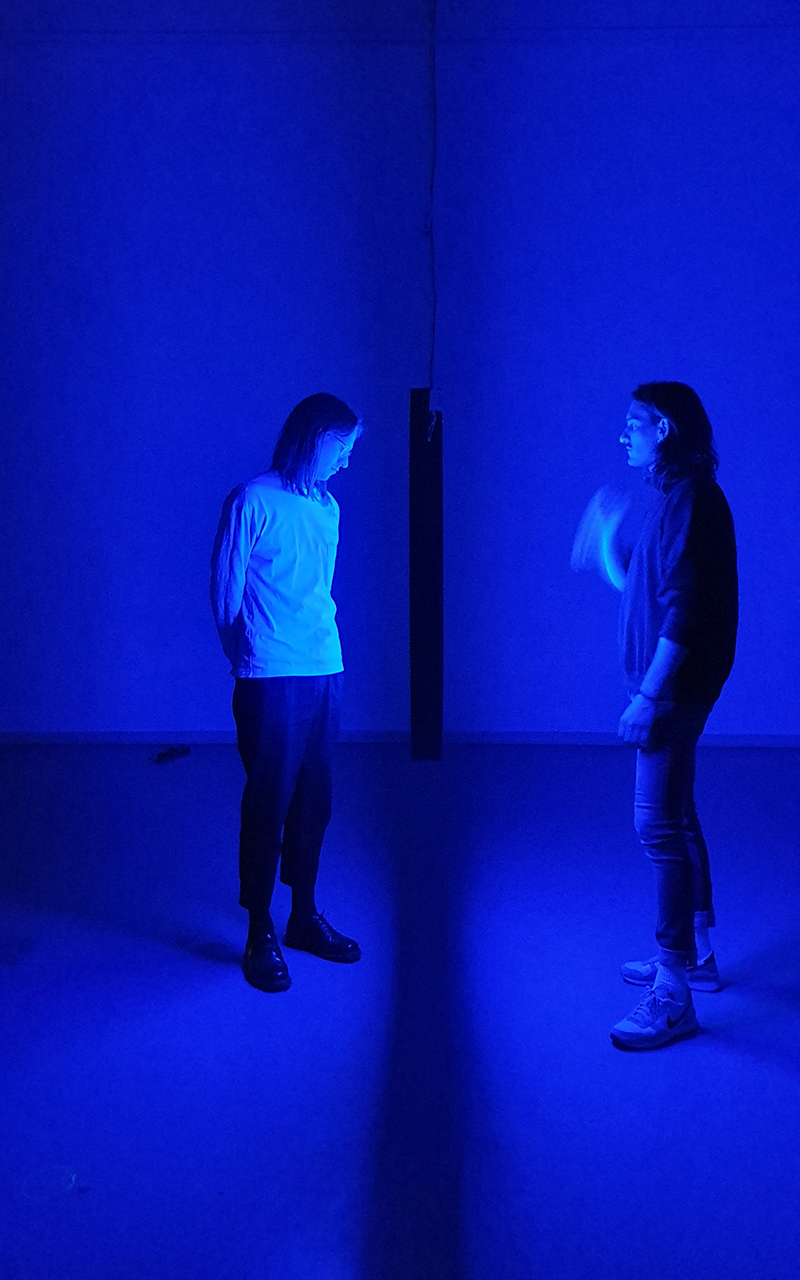