The installation LIGHT HIGH aimes to guide the perception through specific acoustic and visual phenomena into border areas in which ambivalent experiences set in and the habitual experience of space and sound is abolished. The starting point was the idea of a space that creates the feeling of endless falling. (Full concept below)

LIGHT HIGH
On the verge of accoustical and optical perception.

Light, sound and space are in an inseparable but invisible connection. They presuppose a seemingly stable framework of orientation in everyday life, in which there is no reason to question the relationships between subject and object, cause and effect, beginning and end. At the same time they offer levels of experience in which these distinctions dissolve into border areas,in which you can no longer cling to the accoustomed conditions. The installation wants to open such ambivalent levels of perception and explores how spatial- acoustic installations can influence states of consciousness.

The installation LIGHT HIGH is aimed at guiding the perception through targeted acoustic and visual phenomena into border areas in which ambivalent experiences set in and the habitual experience of space and sound is abolished. The starting point was the idea of a space that creates the feeling of endless falling.

Two parallel spy mirrors with a circle of light in the middle create the spatial illusion of an infinite light tunnel. The circle of light moves continuously, but so slowly that the visitor can barely perceive it, from one side to the other, spinning around its own axis. It creates the illusion that the mirrored points of light are in an eternal counter-movement. The spatial extent of the circle of light changes through the individual viewpoint so it can be fathomed by the viewer’s movement in the freely accessible installation.

To enhance the suction effect, the visual flow of the installation is complemented by the acoustic dimension of the Shepard sound. The Shepard scale is an acoustic illusion of a seemingly infinite rising or falling scale. This effect is created by at least eight simultaneous sine tones, each passing through the frequency curve of one octave from bottom to top (or vice versa). For each tone that approaches the limit of the frequency range and is slowly faded out, another is displayed at the other end, which now again describes the same frequency response. Depending on the direction of the frequency shift, the listener experiences the feeling of a continuously increasing or decreasing tone whose movement never comes to an end.

An analogous visual illusion is the Barber Pole illusion derived from the Barber Poles in front of American barbershops. It is generated by a slowly rotating cylinder, over which spirals run two colored lines at a 45-degree angle, which seem to move up or down forever depending on the direction of rotation. Shepard Tone and Barber Pole are theoretically easy to analyze. Nevertheless, they lead to a level of perception that transcends rational thinking and confronts consciousness with the intangible experiences of the infinite, the dissolution of the outside and inside, or the intermingling of dream and reality.

A spy mirror is a coated glass panel that has the property of reflecting incoming light on one side and passing non-mirrored on the other. The prerequisite for this effect is that there is a brighter side in which the light is reflected and a darker one where there is no light, whose reflections hide the view of the other side.

Practically this means that the visitor of the installation, as he moves around them, perceives the infinite reflection of the opposite one-way mirrors, but does not see his own reflection. If he is in the brighter space, the glass panes act like conventional mirrors, so he sees both himself and the infinite reflection of the space, but he is not able to see through the glass. To be able to perceive the slowly but steadily changing visual and acoustic elements of the installation, a certain amount of time is required. This has to do not only with the
duration of the passage of the movement but also with the unknown effects of the installation on the subjective sense of time and space, which are only really experienced when one gets involved with the situation for a while.

In addition to the perception of an extraordinary experience, the installation explores the question of how far a spatial- acoustic installation can influence states of consciousness and how slight forms of trance can be generated. It involves a similar ambivalence in its own positioning as the boundaries of perception to which it refers. On the one hand, it analyzes analytically objective phenomena and makes them subjectively comprehensible; on the other hand, it also creates insecurity of perception and slightly touches unreal areas of experience such as “magic,” dream and intoxication. 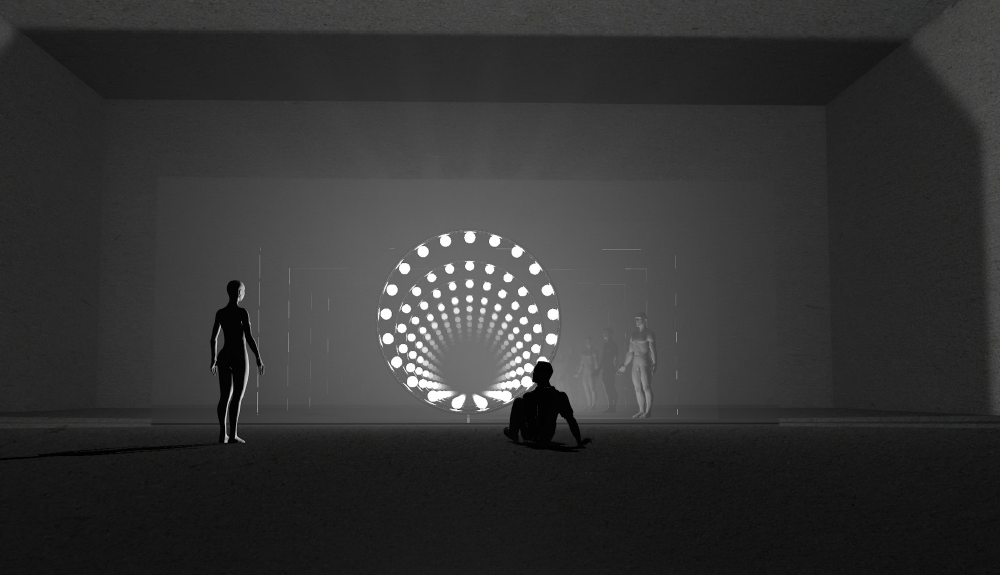 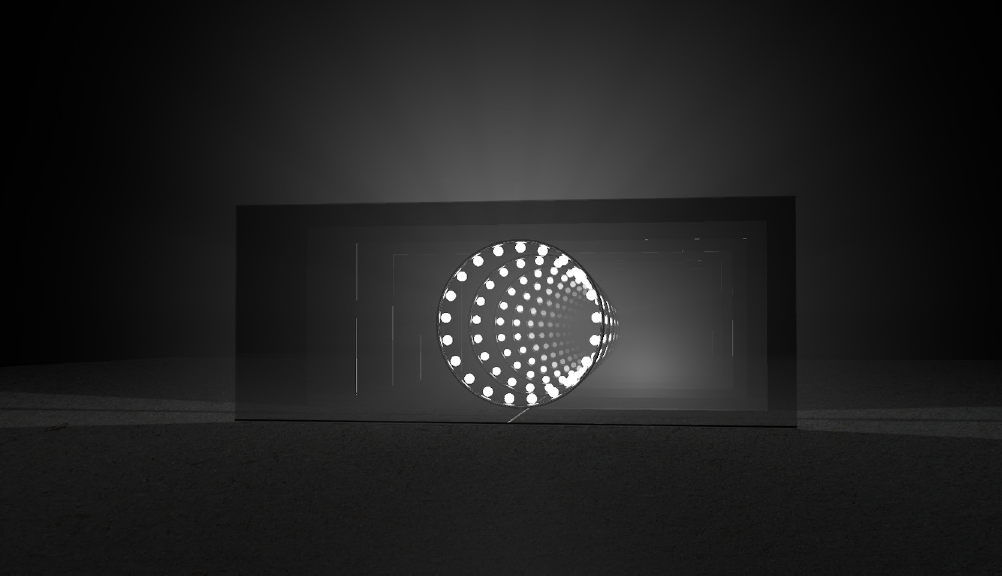 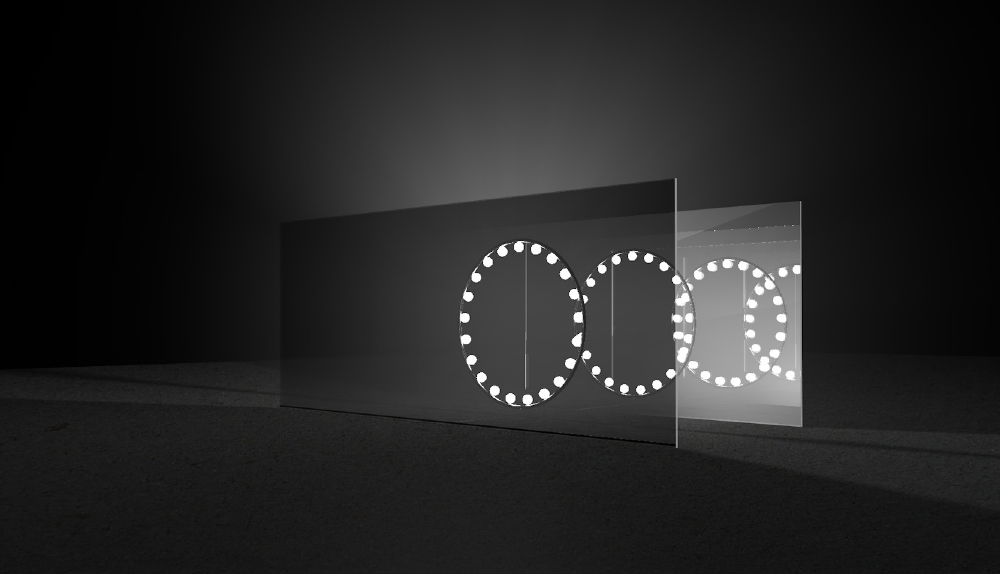 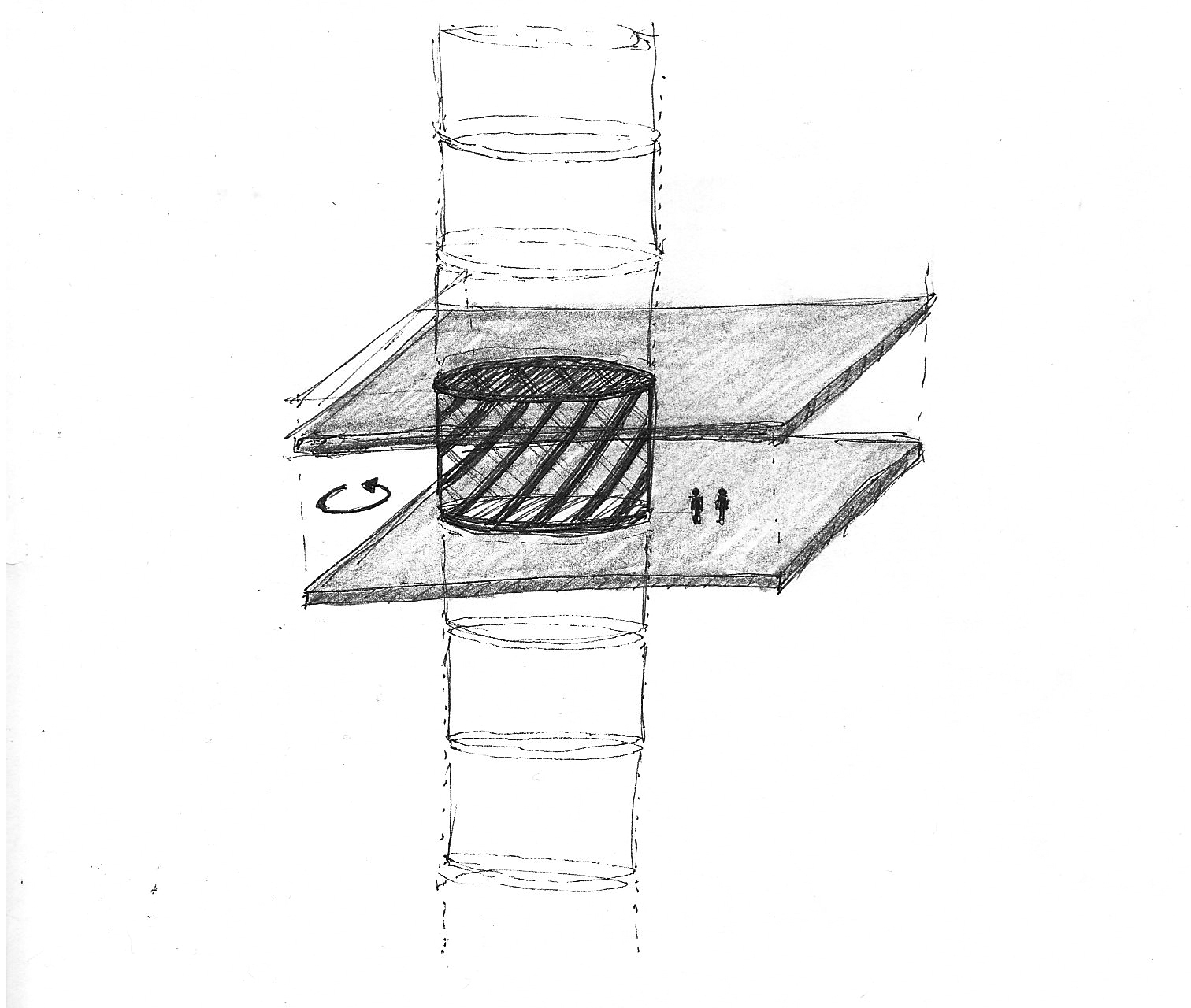 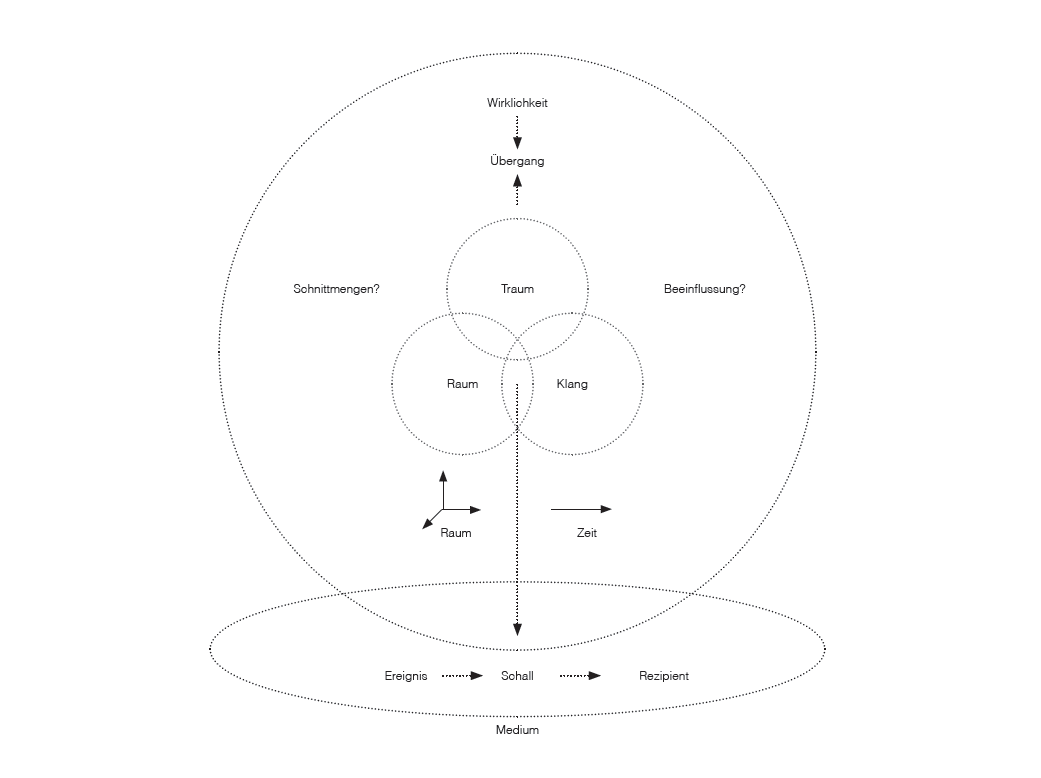 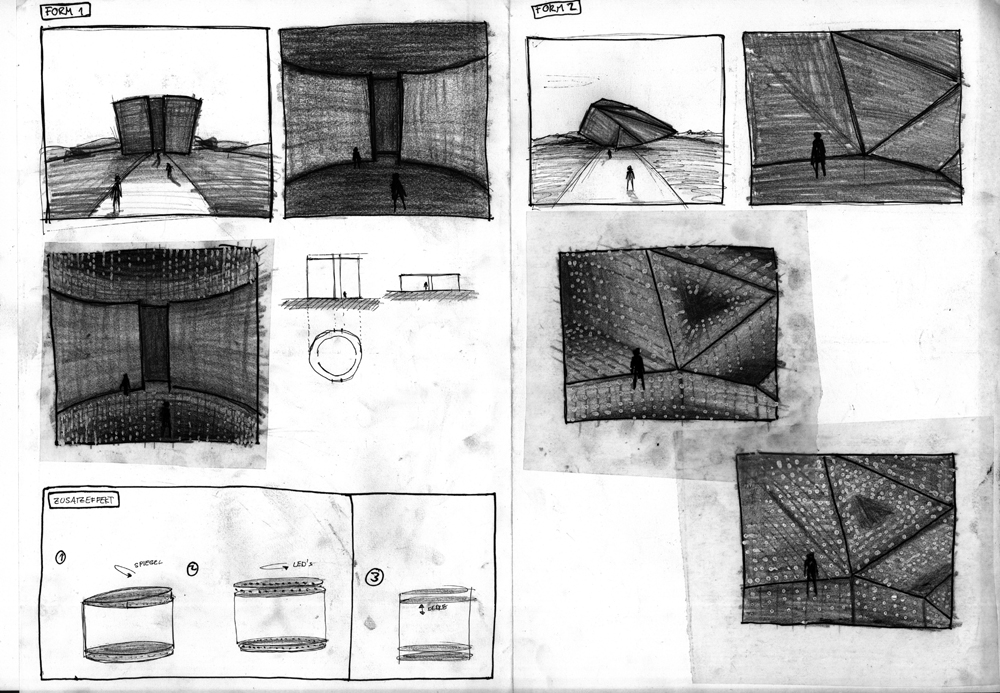 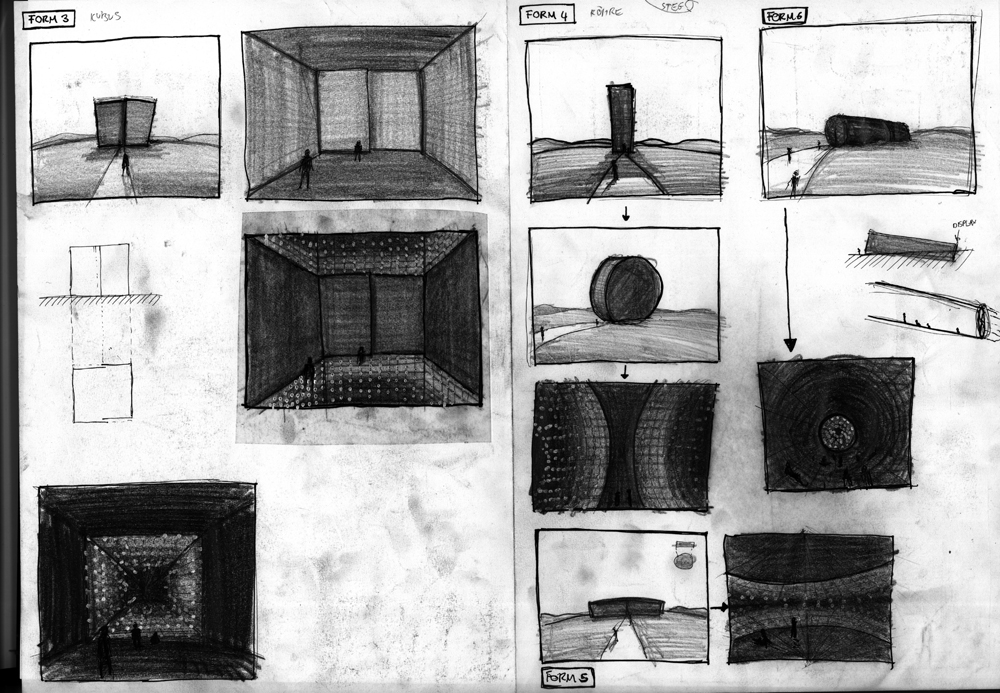