Hareliophil is a concept for an intervention at “Marzahner Promenade” a prefabricated housing suburb (Plattenbau) located at the periphery of Berlin, built in the 1960s. 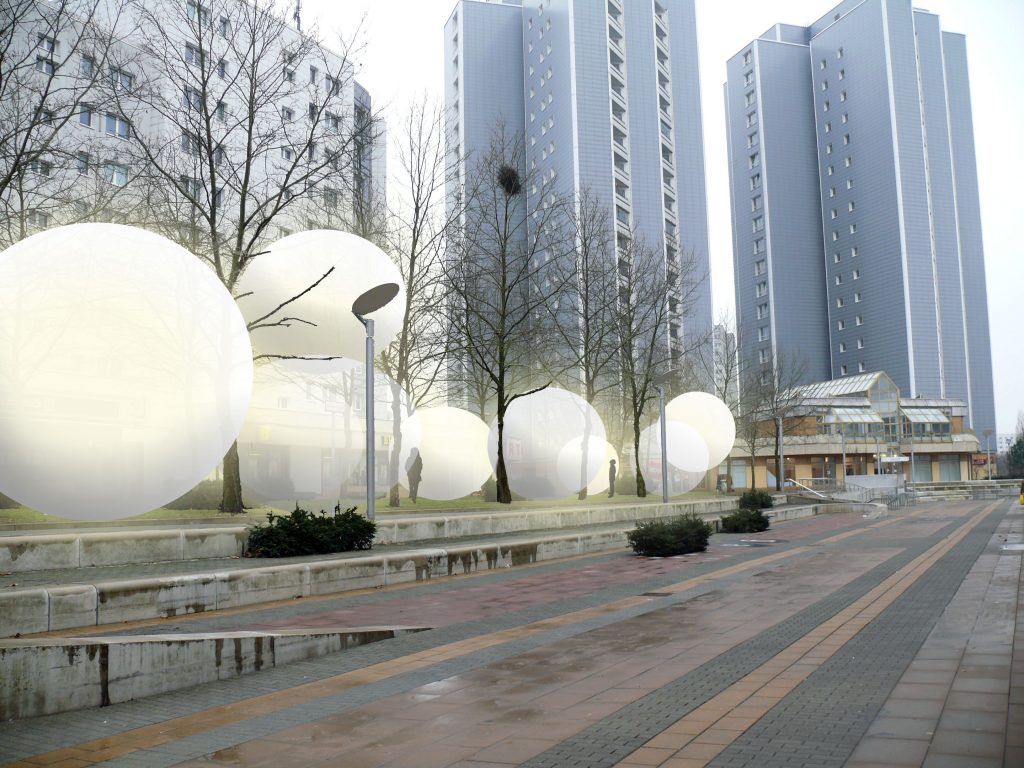 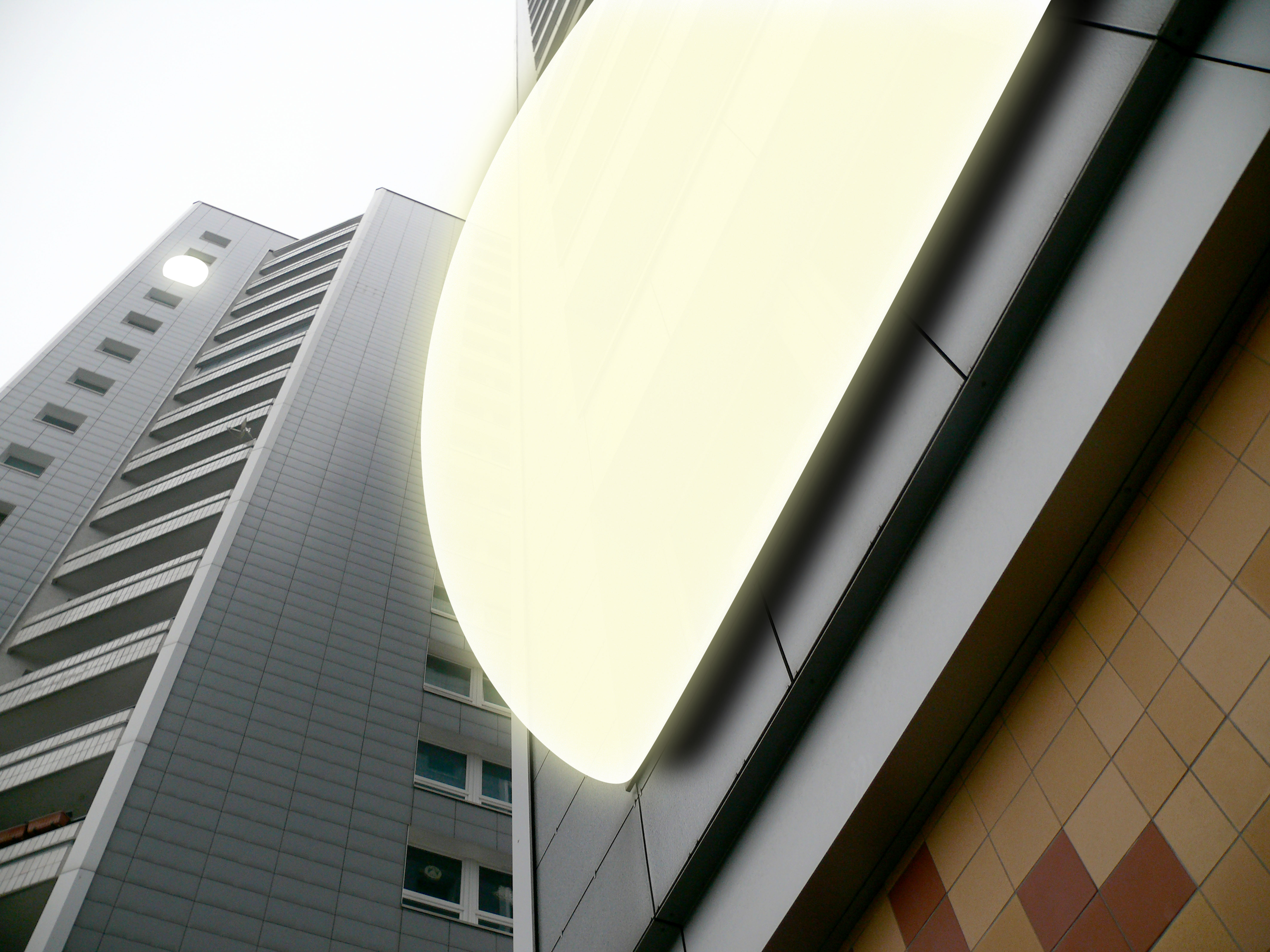 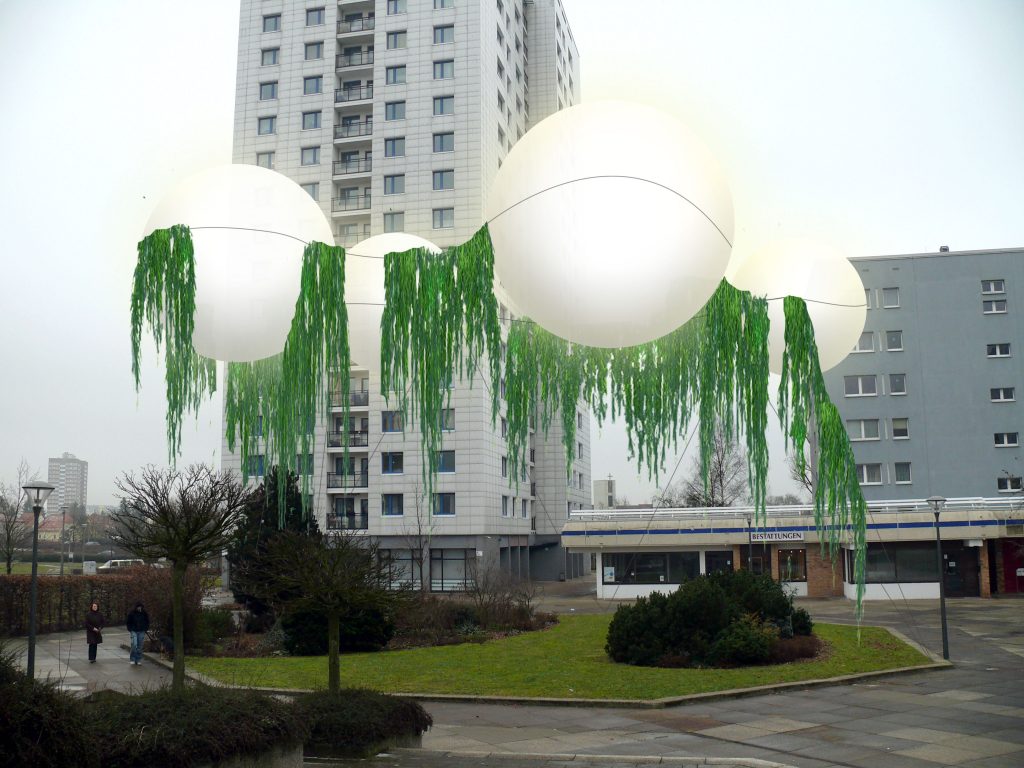 The “Marzahner Promenade” is a prefabricated housing suburb (Plattenbau) located at the periphery of Berlin, built in the 1960s. The promenade is characterized by passivity. It is essentially a social rather than an urban development problem.
The intervention Hareliophil aims to generate a world of experience for the resident as well as visitors of the promenade through a staggered staging of scalable pneumatic elements, which serves as an inspiration for a more

The starting point of my reflections was Archigram, a group of six British architects who published their ideas of utopian city designs in the magazine of the same name between 1960 and 1974. Central elements in all models were capsules/ balloons/tubes, modularity/mobility, utopia and the equation of the city with a living organism.
“Walking Cities” (1964) is a design of mobile, unlocated cities that can travel and settle on spider-like legs in a non-border world where, e.g., the workforce of about 20,000 inhabitants is needed.
Archigram refers to the “living machine” (1925) by Le Corbusier, the precursor of today’s prefabricated buildings. Le Corbusier piled up apartments and various day-to-day facilities in one building. Archigram goes a step further and mobilizes the building complex. The next consequence is to make this building complex spatially activatable or inactivatable following the pop-up principle.

conscious perception of everyday life and for questioning stagnated patterns of thinking.

The basis for the design are the following ideas: »sharpening perception«, »creating freedom«, »creating memories«.
Sharpening the perception by recurring irritations.
Unconsciously occurring in everyday life should be experienced more consciously. Generate places for a positive memory, which at the same time give free space to pause and remember.
These points are in turn in the context of the backdrop. The scenery like social and topographical conditions influence my design and my design again the backdrop. Similar to pneumatic structures that change their environment and are changed by it. Thus, the tires have a formal function within the concept.

The cityscape of Marzahn is visually very restless. For this reason, the design means are reduced as much as possible: sphere, air, and light. The sphere as a natural/ infinite/organic volume. Air which belongs to the basis of existence and white light, which is neutral but already contains all the information. The white ball of light as a mental space and symbol of ideas and abilities that are still in the dark in each of us and can be »lit« or made aware of. New ideas that break existing structures and show them in a different light. 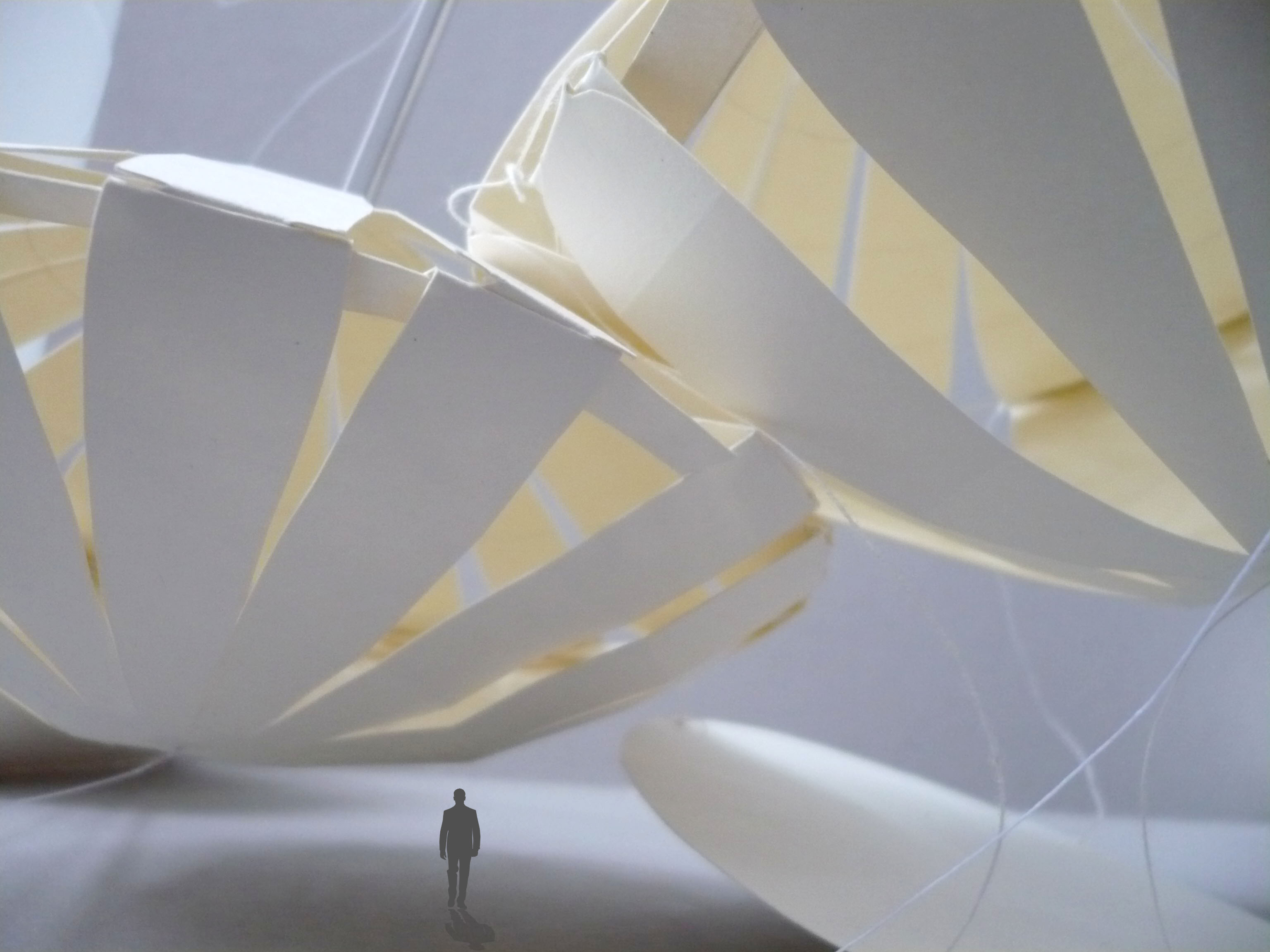 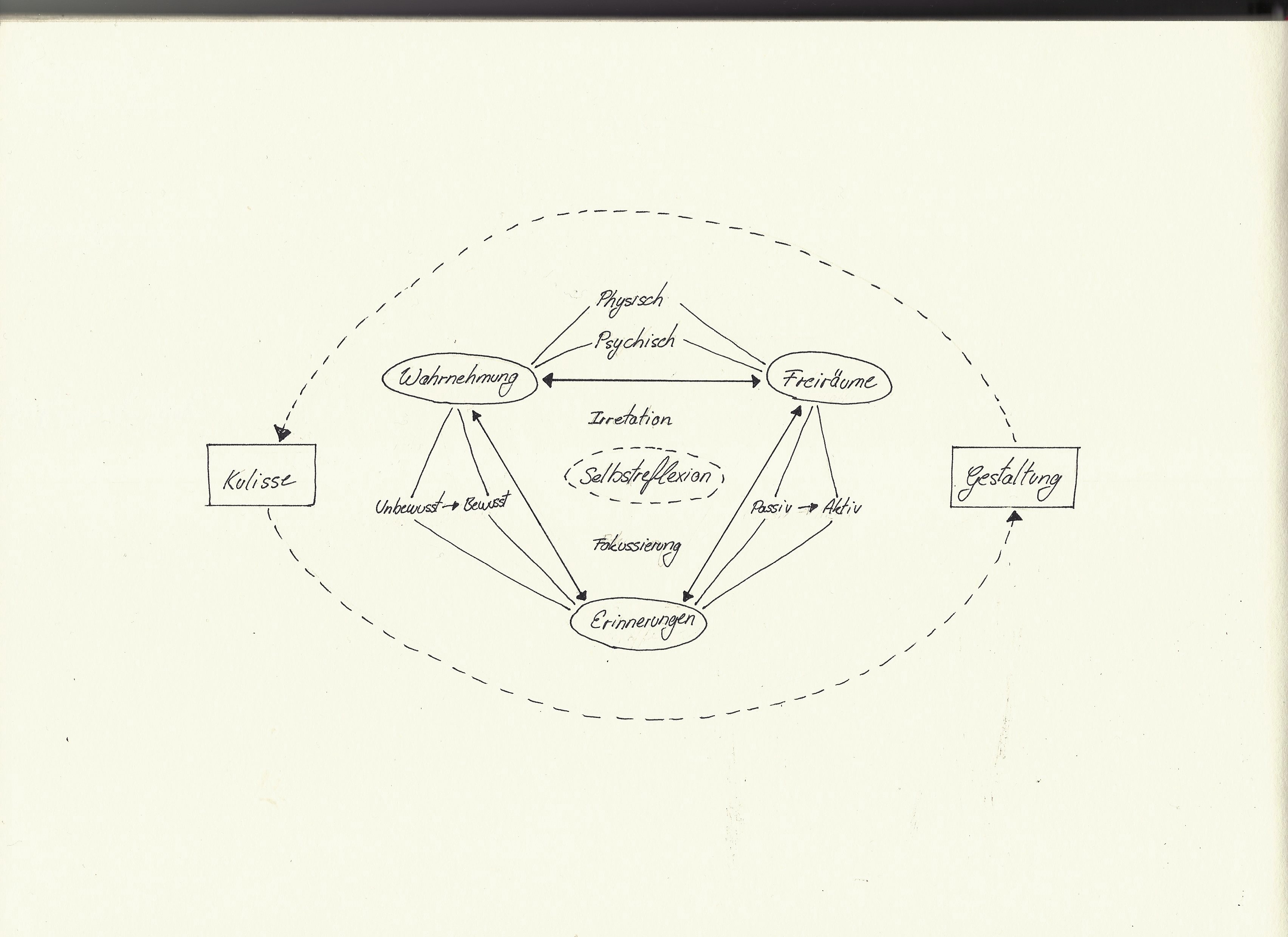 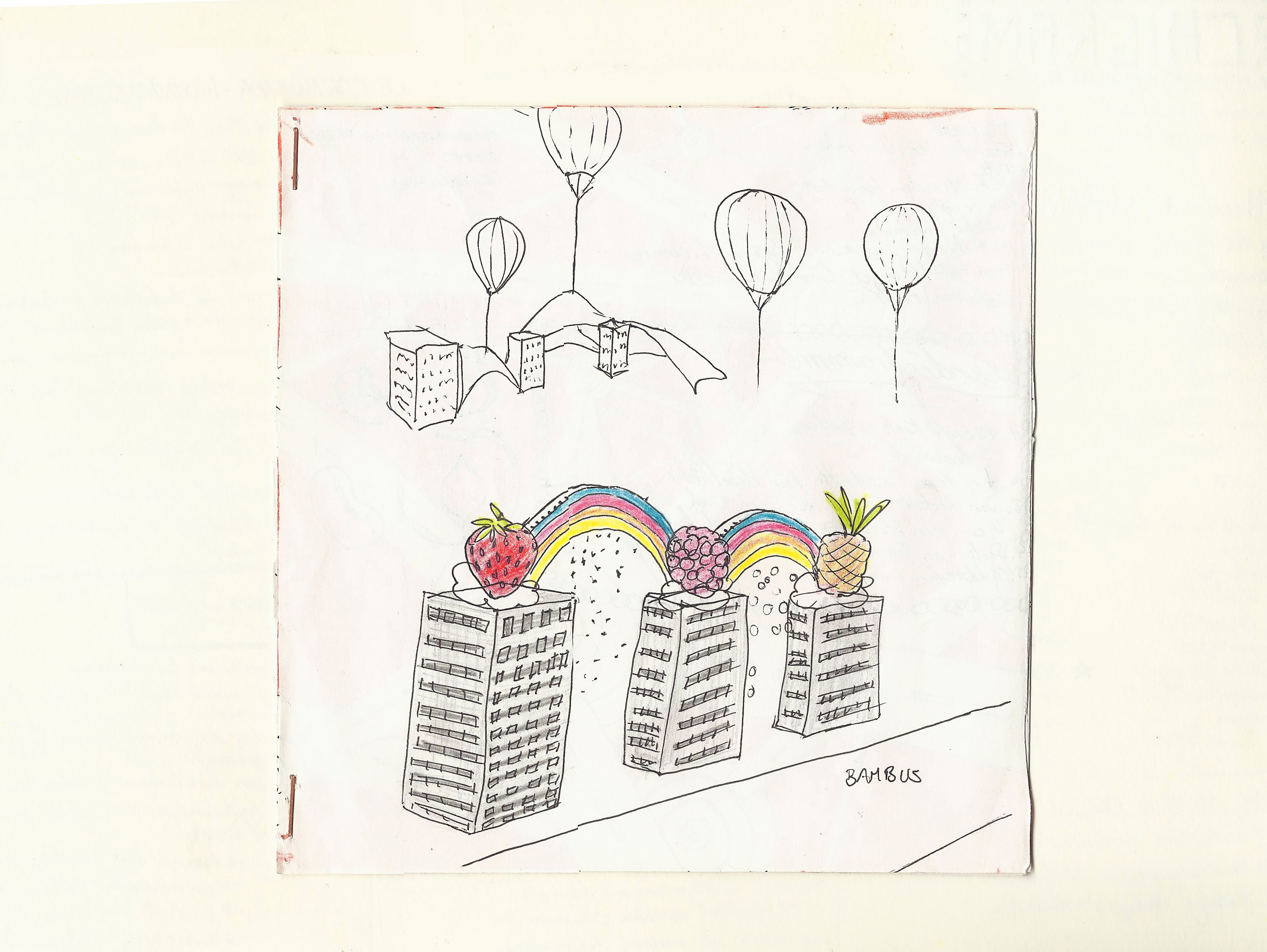 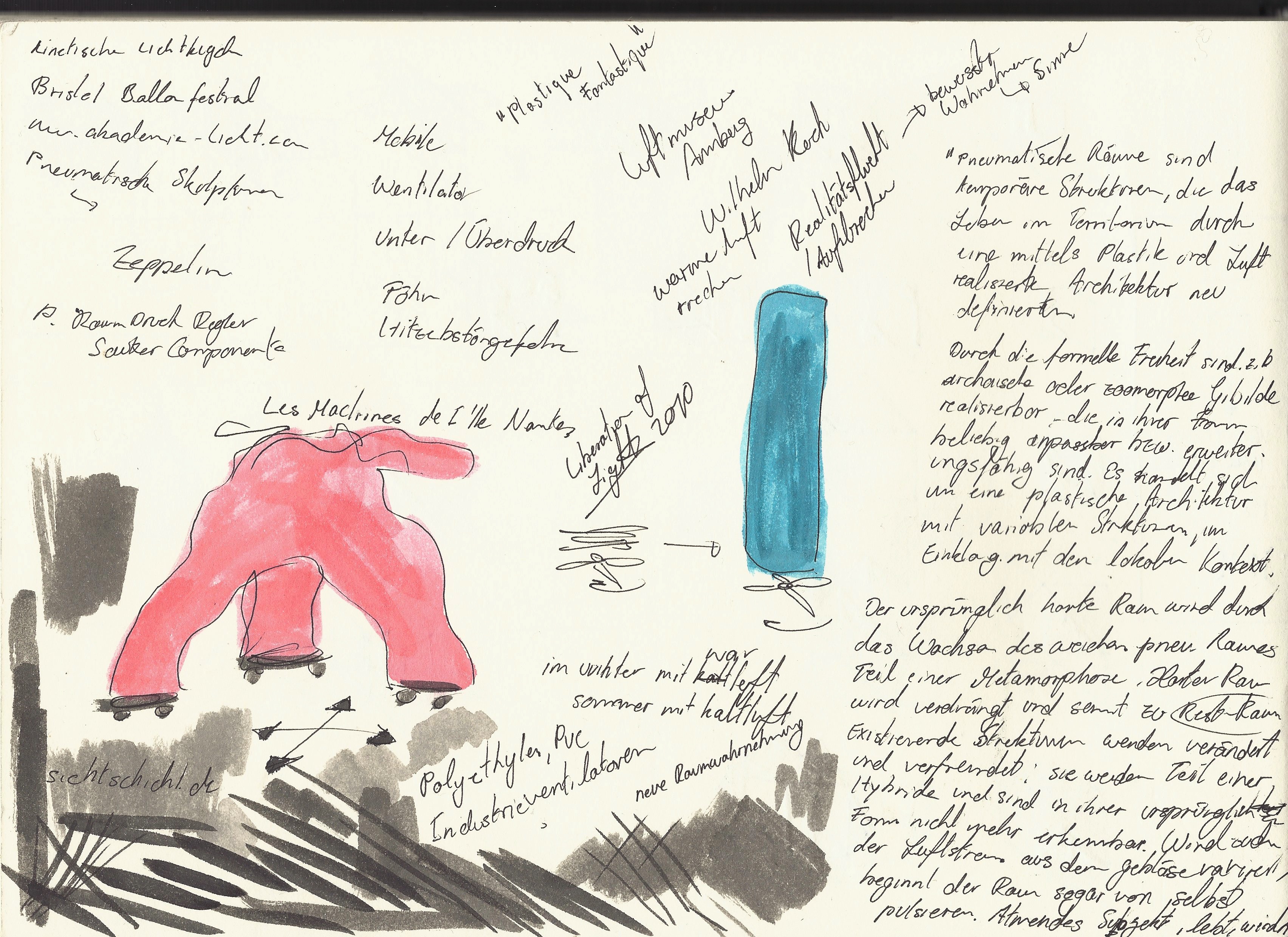